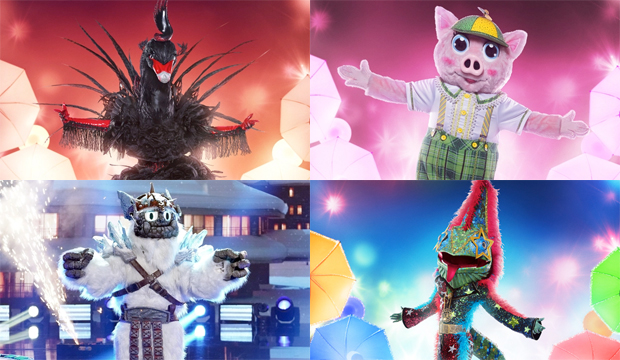 “The Masked Singer” is now a two-time Emmy winner for its wild, wacky and breathtaking costumes. (We can already hear Piglet oinking in delight.) The costume design team, led by Marina Toybina (watch our recent interview), claimed its first trophy last year at the 2020 Creative Arts ceremony, but now this category has been changed to a juried award, so it gets voted on weeks before all of the other races. Fox’s “The Masked Singer” shares its second prize in the Variety/Nonfiction/Reality Costumes category with two other programs — Disney+’s “Black Is King” and IFC’s “Sherman’s Showcase Black History Month Spectacular” — since juries can choose to award all of the nominees, some of the nominees or none of the nominees. Scroll down for the complete list of 2021 juried winners.

SEE2021 Emmy nominations complete list: All the nominees for the 73rd Emmy Awards

Two other juried Emmys were awarded to Apple TV+. “For All Mankind: Time Capsule” claimed the Innovation in Interactive Programming category and “Calls” took home the trophy for Motion Design.

The winners of all of these juried races will receive their golden statuettes during the 2021 Creative Arts Emmy Awards, which take place at L.A. LIVE the weekend of September 11 and 12. The main Primetime broadcast airs on CBS on September 19.

Still confused by the concept of juried awards? Let’s consult the Television Academy’s rulebook: “Juried category entrants are screened by a panel of professionals in the appropriate peer groups (Animation, Costume Design, Interactive Programming and Motion Design) with the possibility of one, more than one or no entry being awarded an Emmy. As a result, there are no nominees but instead a one-step evaluation and voting procedure. Deliberations include open discussions of each entrant’s work with a thorough review of the merits of awarding the Emmy.”

Here’s a closer look at all of the winners of the juried awards for the 2021 Emmys:

The juried awards bestowed for Individual Achievement in Animation reflect the variety of artistic achievements that contribute to the creation of 2D- and 3D-animated content and the talented artists who drive animation excellence.

Costumes for a Variety, Nonfiction or Reality Program

“In this year’s Emmys competition, Variety, Nonfiction and Reality returns to a Juried Award to recognize excellence in a category that has grown to include so many genres,” said Luke Reichle, costume design and supervision governor. “All three winning shows are superb examples of the art of costume design and supervision, showing great creativity in the conception and execution of each unique vision,” added Governor Laura Guzik.

“The excellent work in For All Mankind showcases the power of an interactive and immersive story to provide a unique, one-of-a-kind experience for the audience,” said Interactive Media Governor Lori Schwartz. “This creative team embraced new technology that will inspire better and even higher-quality use of AR storytelling in the future,” added Governor Chris Thomes.

“The work of this motion design team was innovative and original and truly carried the narrative like nothing we had ever seen,” said Greg Kupiec, motion and title design governor. “This Emmy-winning work encourages others to continue raising the standard of motion design and to bring awareness of the art and significance of motion design in creating television excellence,” added Governor Lauraine Gibbons.