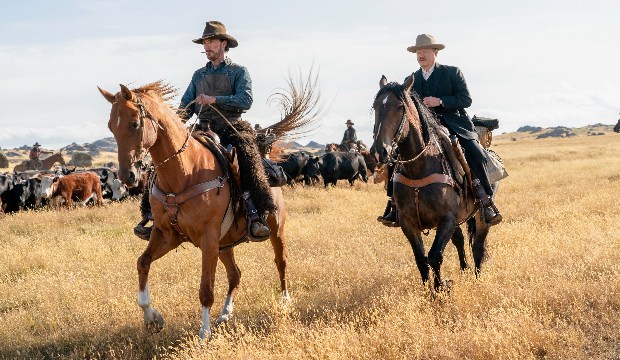 Jane Campion, one of only seven women ever nominated for Best Director at the Academy Awards and an Oscar-winner for writing 1993’s “The Piano,” makes her long-awaited return to feature filmmaking this fall with “The Power of the Dog.” Ahead of the film’s premiere at the Venice Film Festival next week, Netflix has released a tension-filled new teaser for “The Power of the Dog” that showcases its buzzy cast, including Benedict Cumberbatch, Kirsten Dunst, Jesse Plemons, and Kodi Smit-McPhee.

Based on the novel by Thomas Savage, “The Power of the Dog” is set in 1920s Montana where a pair of brothers, the “brutally beguiling” Phil (Cumberbatch) and his more-mannered George (Plemons), have their lives irrevocably altered by a widow (Dunst) and her teenage son (Smit-McPhee).

“The Power of the Dog” is Campion’s first film since 2009’s “Bright Star.” In the time between that film and this one, Campion shifted to television with the acclaimed series “Top of the Lake.”

“Film is complicated now,” she told Vanity Fair in a recent interview. “In a way, it’s not as daring as series-making.”

But “The Power of the Dog” novel, with its mysterious and tragic story teased in the trailer, stuck with Campion enough to make her reconsidered. “The book stayed with me a long time and it didn’t let me go,” she said in that same interview.

“The Power of the Dog” will have a limited theatrical bow on November 17 before its Netflix debut on December 1. In addition to its Venice Film Festival debut, the movie will also screen as the centerpiece feature at the New York Film Festival and at the Toronto International Film Festival. (The Telluride Film Festival famously does not publicly reveal its lineup until the festival begins.)