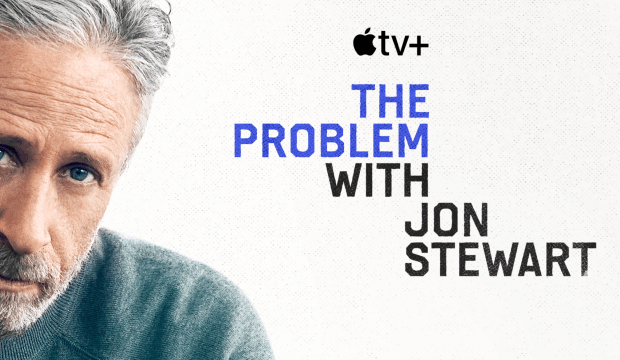 According to a press release, “The Problem” is “a multiple-season, single-issue series, taking a deep-dive on the most important topics that are currently part of the national conversation.” In addition to new episodes every other week, Stewart and his team will also produce an official podcast connected to the series.

A typical episode, the streaming platform noted, will feature Stewart “in discussion with the people who are impacted by the issue — as well as those who have a hand in creating the impact. Together, they will discuss tangible steps that can lead to a solutionary path forward.”

The podcast, meanwhile, “will extend the conversation from each episode, featuring staff members from across the show who will bring us interviews with activists in the space, the facts on the issue, and yes, lots of jokes.”

In a teaser trailer for the series, Stewart makes fun of his aged appearance since last hosting a television series — and he openly wonders why he even agreed to appear on-camera in the first place. Watch the trailer below.

Stewart was replaced as host of “The Daily Show” by Trevor Noah in 2015. In the years since, he has often appeared as a guest on “The Late Show with Stephen Colbert” and directed a movie, last year’s “Irresistible.” He has often said the idea of doing a daily show where he needs to react to trending news was no longer of interest to him. “If you’re asking, Do you wish you had a show? Sometimes I do,” Stewart told the New York Times last year. “But not the one that I had. The one that I had is in wonderful hands and continues to elevate in a way that I couldn’t have. My efficacy for that kind of conversation has passed.”

Emmy predictions: Brett Goldstein ('Ted Lasso') could achieve something no one has since Jeremy Piven…

Emmy Experts Typing: Can 'Only Murders in the Building's' Steve Martin and Martin Short send the race…