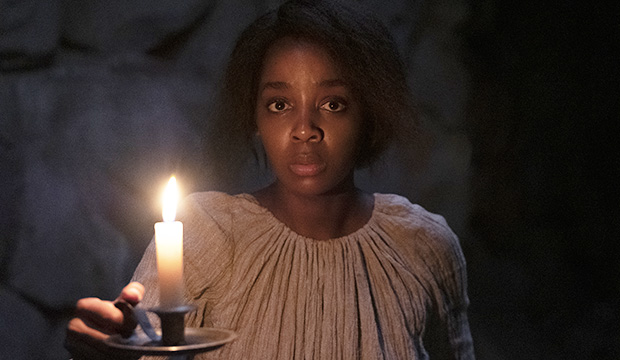 “The Underground Railroad” centers on Mbedu’s character Cora as she embarks on a harrowing journey to escape the antebellum South via Whitehead’s imaginatively literal underground railroad. The Amazon Prime miniseries has earned rave reviews, and Mbedu is at the heart of its praise. Doreen St. Félix (New Yorker) calls Mbedu a “revelation,” James Poniewozik (New York Times) commends her performance as “magnetic,” and Melanie McFarland (Salon) applauds how Mbedu brings Cora “alive through an array of tempers,” especially when “Mbedu and Jenkins make every morsel of happiness she seizes into a meaty portion […] its beauty is staggering.”

SEE ‘The Underground Railroad’ races up Emmy odds, but can it beat ‘The Queen’s Gambit’?

In the past decade, the Best TV Movie/Limited Series Actress category has heavily favored past Emmy or Oscar winners, from Kate Winslet (“Mildred Pierce”) and Laura Linney (“The Big C: Hereafter”) to Jessica Lange (“American Horror Story: Coven”) and Frances McDormand (“Olive Kitteridge”). In just this past week alone, though, Mbedu has started to defy this trend, as she just outpaced past winner Nicole Kidman (“The Undoing”) in our current combined odds.

With viewers just beginning to tune in to “Underground Railroad,” Mbedu sits just one slot outside of our top five, trailing Anya Taylor-Joy (“The Queen’s Gambit”), Michaela Coel (“I May Destroy You”), Elizabeth Olsen (“WandaVision”), Winslet (“Mare of Easttown”) and Cynthia Erivo (“Genius: Aretha”). Five of our Emmy Experts and four of our Editors now predict Mbedu for the nomination, and Clayton Davis (Variety) predicts she will win.

SEE Barry Jenkins and Steve McQueen made Oscar history: Emmys could be next for ‘Underground Railroad’ and ‘Small Axe’

In addition to the merits of her performance and those raves, the late spring premiere date for “Underground Railroad” may certainly benefit Mbedu heading into this stretch of the Emmy race. Though Taylor-Joy swept the winter awards with victories at the Screen Actors Guild, Critics Choice and Golden Globes, “The Queen’s Gambit” dropped on Netflix in October, which by now may feel like an eternity ago to many voters. With “Railroad” gaining momentum so close to Emmy nominations voting, which runs from June 17-28, Mbedu’s performance could very well be top of mind for voters, not just when they pick the nominees, but the winners, too.