Season 21 of “The Voice” has been relatively scarce on four-chair turns so far, with only Girl Named Tom, Wendy Moten and Gymani earning that honor during the first week of blind auditions. But now it looks like Carson Peters will be added to the coveted list, as NBC has released a sneak peek video of his audition ahead of the Monday, September 27 episode (watch above). The 17-year-old country singer from Tennessee took on Don Williams‘ “Tulsa Time” in the blinds, and all four coaches — John Legend, Blake Shelton, Ariana Grande and Kelly Clarkson — liked what they heard.

SEE Everything to know about ‘The Voice’ Season 21

“Four chairs!” John shouted after the teen’s ear-pleasing performance. “I heard a lot of Oklahoma references in that song … and you might have an interest in being with a coach from that lovely state. My name is John Legend and I turned for you before any of these coaches did.” John praised the “lower part” of Carson’s voice and his “confidence,” saying it looked as though he was “having fun up there.”

For Kelly’s pitch, she raved about his “authentically country” voice and inquired about his musical influences. When Carson replied with the name of 67-year-old legend Ricky Skaggs, she seemed caught off guard. “What? Oh! Well, I hope you bring your fiddle when you’re on my team.”

Ariana “appreciated” the teen’s talent and noted how she was “excited” by some of his vocal runs. “The whole performance was just so enjoyable,” the newbie coach stated before adding he’d be the first country artist on her team.

Blake tried to sway Carson by showing his expertise in differentiating between bluegrass and country. “If Ricky Skaggs is your man and you want to rewind time 30 years back, there’s a lot of paths that you can take,” he explained. “What we gotta figure out is, which one best represents who you are. Let’s not mess around with what this opportunity is for you. Let’s do this right, Carson. Come on.”

Backstage, host Carson Daly asked the artist’s mom who she thought he would pick and she declared, “Blake … but he may throw me a curve ball.” The video clip cuts off before we find out which team Carson joins, but you can find out by watching the third episode of “The Voice” Season 21 on Monday night on NBC.

'The Voice' Winners: Where Are They Now? 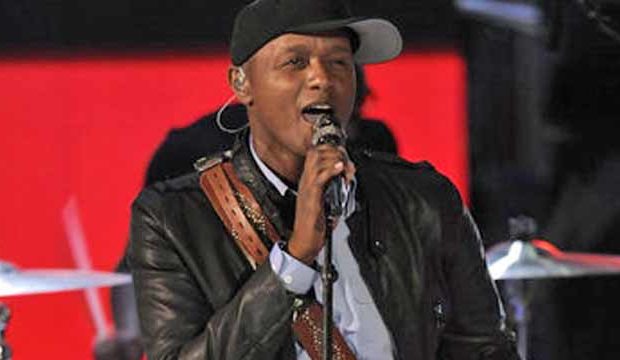