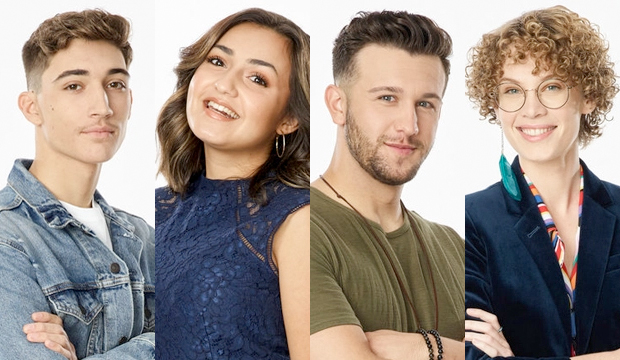 The final knockout round of “The Voice” Season 20 turned out to be the end of the road for four more talented singers: Avery Roberson of Team Kelly Clarkson, Rio Doyle of Team John Legend, Connor Christian of Team Blake Shelton and Raine Stern of Team Nick Jonas. Thus, the number of artists still in the running to win the title is now at an even 20. But which of the four eliminated artists from the April 26 episode was most robbed of a spot in the live shows? Vote in our poll below and then be sure to defend your choice in the comments section.

Avery, a 20-year-old country artist from Rutherfordton, North Carolina, auditioned with the song “If You’re Reading This” and ended up being a four-chair turn. He chose Team Blake. He next performed “Just Got Started Lovin’ You” in the battles but was beaten out by teammate Ethan Lively. Luckily, Kelsea Ballerini was there to steal him for Kelly’s team. Avery lost this week’s knockout of “Tomorrow” to Kenzie Wheeler, with their coach explaining that Kenzie had a more 90s country sound to his voice that she loves.

Rio, a 16-year-old pop singer from Adrian, Michigan, took on “When We Were Young” as her blind audition song and defaulted to Team Legend as he was the only coach who pushed his button. In the battles she performed “Somebody That I Used to Know” and bested her sparring partner Carolina Rial. Rio’s rendition of “Issues” in the knockouts turned out to be the end of her “Voice” journey, as Zania Alake earned John’s vote instead thanks in part to her more experienced vocals.

Connor, a 23-year-old pop artist from Gallipolis, Ohio, chose “Bright Lights” as his blind audition song and caused Blake, Nick and Kelly to turn their chairs around. He joined Team Blake. Later, Connor won his battle of “I Ain’t Living Long Like This” against Aaron Konzelman. But his knockout performance of “Youngblood” lost out to teenager Cam Anthony, with Blake telling Connor he hadn’t used his breath well enough.

Raine, a 22-year-old indie singer from Madison, Wisconsin, picked “Electric Feel” as her first performance and wowed three coaches: John, Blake and Nick. She joined Team Nick. Later, Raine and Andrew Marshall‘s battle of “Adore You” ended with her winning and him being stolen by Team Blake. In an un-televised knockout, Raine performed “No Such Thing,” but she couldn’t muster a win against Jose Figueroa Jr. and was sent home.

Which eliminated artist was most robbed on ‘The Voice’?