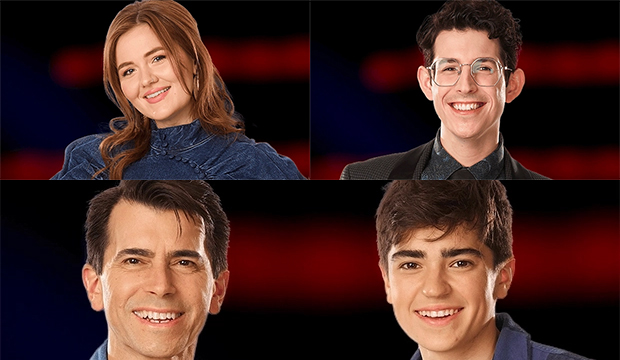 And just like that, the Final 5 artists of “The Voice” Season 21 have been named: Girl Named Tom, Hailey Mia, Wendy Moten, Paris Winningham and Jershika Maple. Unfortunately, their success came at the expense of the three contestants who were ousted during Tuesday’s results show: Lana Scott of Team Blake Shelton, Joshua Vacanti of Team John Legend and Jim & Sasha Allen of Team Ariana Grande. Of these three eliminated artists, who was most robbed in the semi-finals? Vote in our poll below and then defend your choice in the comments section. The two-night “The Voice” finale airs next Monday and Tuesday on NBC.

Kelly Clarkson and Blake now enter the finale with two artists apiece: Girl Named Tom and Hailey Mia for the former, Wendy Moten and Paris Winningham for the latter. John coaches the fifth finalist, Jershika Maple, who won her spot thanks to the live instant save. Alas, new coach Ariana will be the only one not represented in the season finale as all of her artists have been eliminated.

In terms of the coaches’ track records, Kelly is looking for her fourth career victory after previously winning with Brynn Cartelli, Chevel Shepherd and Jake Hoot. John has one prior triumph under his belt with Maelyn Jarmon, and now hopes to win his second title.

Do you think America got it right by sending home Lana Scott, Joshua Vacanti, Jim and Sasha Allen in the semi-finals? If not, who do you think should have been eliminated instead?