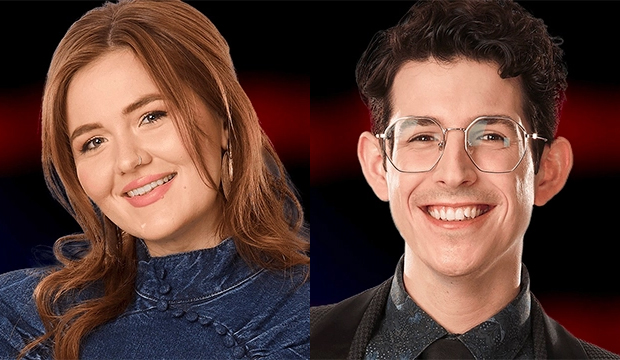 The Top 13 artists on “The Voice” took the stage during the November 15 performance episode and America spent all night voting for their favorites. On Tuesday night, host Carson Daly will announce the two contestants who received the lowest number of votes and will leave the competition. (That means 11 will go through to the next round.) Based on the elimination predictions of Gold Derby readers, the two singers most in danger are Lana Scott of Team Blake Shelton and Joshua Vacanti of Team John Legend.

Lana is a 28-year-old country artist from Chesapeake, Virginia. She auditioned with “Hole in the Bottle” and earned two chair turns from Blake and Kelly Clarkson, easily deciding to join Team Blake. She lost her battle of “Girl” to Hailey Green, but then Blake pushed his one and only “save” button to keep her in the competition. Later in the knockouts, her cover of “Wildest Dreams” wowed Blake more than Carson Peters‘ rendition of “Amarillo by Morning,” so she sailed through to the live shows.

In the first week of live playoffs, Lana sang “Next Girl” and was Blake’s choice to advance to the next round. He claimed that the lane was free for her since she was the only country artist still in the competition. During Top 13 night, she belted out “Humble and Kind” and dedicated the song to her father.

Joshua is a 28-year-old show tunes singer from Lockport, New York. His blind audition of “Into the Unknown” caused a rift at the coaches’ table as John used his block on Ariana Grande. In the battles, Joshua’s powerful cover of “good 4 u” eliminated Keilah Grace from the competition. Next up was the knockouts, where he sang “Falling” and scored a spot in the live shows over Sabrina Dias.

In the Top 21 episode, he earned America’s vote thanks to his rendition of “You and I.” He then performed “You Will Be Found” from “Dear Evan Hanson” during Top 13 week, which he dedicated to his music and drama teachers from high school.

The other 11 artists are all predicted to advance to the next round, per our readers’ predictions. They are: Wendy Moten and Paris Winningham of Team Blake, Ryleigh Plank, Jim & Sasha Allen and Holly Forbes of Team Ariana, Shadale and Jershika Maple of Team Legend and Gymani, Girl Named Tom, Hailey Mia and Jeremy Rosado of Team Kelly.