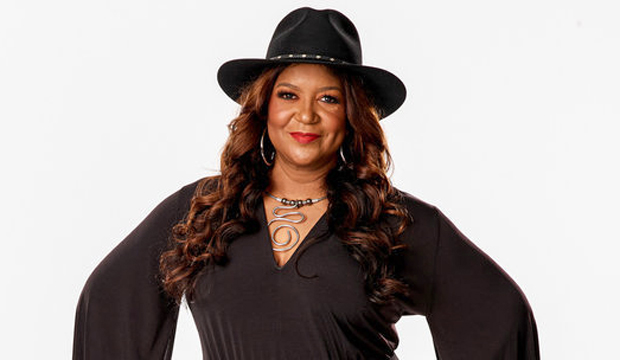 The battle round of Season 21 of “The Voice” came to a close on October 19 leaving coaches Blake Shelton, Kelly Clarkson, John Legend and Ariana Grande with eight artists remaining on their teams. Throughout this round each coach was allowed one steal and one save. The eight members of each team now consist of six artists who won their battles, one losing artist each coach stole from another team and one losing artist the coach saved from their own team.

The most memorable battle of the season pitted two soul singers against each other, singing a pop/rock song and representing their country coach. When Wendy Moten and Manny Keith took the stage for Team Blake performing “If I Ever Lose My Faith in You” by Sting it was almost a foregone conclusion that Wendy would wipe the floor with the performer 25 years her junior. Manny went toe-to-toe with the seasoned veteran and the pair delivered the most jaw-dropping vocal of the battles. As expected, Wendy reigned supreme, but Manny earned Ariana’s steal for his efforts.

SEE ‘The Voice’ Season 21: A record 5 duos or trios advance from Blind Auditions, but how have groups performed historically?

History was made when the sibling trio Girl Named Tom took on country singer Kinsey Rose for Team Kelly with a performance of “Seven Bridges Road” by the Eagles. Girl Named Tom won the battle, but Kinsey made such a huge impression that Blake, Ariana and John all hit their steal buttons for her. Kelly used her only save as well, marking the first time all three steals and a save were used on the same artist. Kinsey ultimately decided to stick with what she knew and stayed on Team Kelly.

Team Legend’s BrittanyBree and Samara Brown engaged in a diva smackdown when they raised the roof with a towering performance of “Something He Can Feel” by Aretha Franklin. After riffing the rafters off the studio, BrittanyBree was declared the winner, but John was able to save Samara as well despite attempts from both Kelly and Ariana to steal her.

What are YOUR favorite battles from 21 seasons of “The Voice”? Do any of this season’s contestants stack up to the greats? Gold Derby contributors Denton Davidson and John Benutty recently went back and forth about the strongest head-to-heads from the first decade of the show. Read their thoughts below and then sound off in the comments to add your faves to the conversation.

John: What’s up, Denton? I really enjoyed running down memory lane on the blind auditions with a you a few weeks ago. Now that the current battles are behind us, how are you feeling about this season’s crop of artists and who do you think shined this round? I have to say that after the blinds, Victor Solomon on Team Legend was my pick to win and while I’m glad to see he won his round with Usher‘s “U Got It Bad,” my favorite battle this season came from a genre I don’t typically gravitate toward on this show… country. Team Blake’s Pete Mroz and Savanna Chestnut made something really special out of the John Hiatt song “Have a Little Faith in Me” with Pete taking the win. That choice by Blake didn’t necessarily shock me, but it’s disappointing to see Savanna go because I thought she was the better between the two with a rich, smooth tone that rivaled the Mandy Moore version of that song that I adore.

Denton: I agree with you that Victor is someone to watch out for, but as I look back over the Season 20 I’m beginning to realize how stacked Team Blake is. I think a potential winner emerged in Ethan Lively when the one-chair artist slayed the Avery Roberson dragon during their battle of “Just Got Started Lovin’ You.” It was a country showdown that lived up to the hype and I’m happy Avery was stolen by Kelly. But the battle I can’t get out of my head is Cam Anthony vs. Emma Caroline. Cam has so much star power and just lights up the stage when sings. His smile and energy are impossible to ignore and I think he’s going to be another top contender for Blake. And I won’t slight Emma, who went toe to toe with him during their performance of “10,000 Hours.” She displayed the beautiful clarity in her voice, earning her Team Blake’s save. I think Emma has a good shot at emerging from the four-way knockout victorious.

John: OMG Cam is soooo good! You have been right about his talent all season. Alright, how about we pluck out a handful of our favorite battles from past seasons now? I’ve got three that come immediately to mind as my all time faves. The first is from just two seasons ago between Thunderstorm Artis and Cedrice with Rihanna‘s best ballad “Stay.” If we put their masterful vocal performances aside, one thing that makes this stand out for me is the physical chemistry on display. Who knew that this would be the last time in a few seasons that we’d see the artists battle together in one ring rather than the two socially distant ones they do now, but how lucky we were to see these two make the most of it by twirling around each other and encroach so much into each other’s personal space. John was yelling “beautiful, beautiful” by the end of it and that’s pretty much the only possible reaction anyone should have to it.

Denton: I’m going to take it back to Season 9 for my first choice, when Mark Hood and Celeste Betton absolutely floored me with their performance of “Ain’t No Mountain High Enough.” My favorite battles are always the ones that feel like true duets and the chemistry between these two was undeniable. What I enjoyed most was how much fun they had. I don’t know how anyone could watch this performance and not be smiling from ear to ear. Mark’s impromptu dance moves and their back-and-forth adlibbing just added to the pure joy of this performance. I’m pretty sure when they reached the climax I hollered at least once. Neither of these two artists even cracked the Top 10, but their battle is #1 in my book.

John: It really is interesting to look back and re-discover the acts that stood out in a certain round, but may have faltered in others and were eliminated. Then there’s the ones that succeed the whole way through–and I’m not going to act like this is one of the best battles vocals of all time, but the whole performance that Will Champlin and James Wolpert put together for “Radioactive” in season 5 just kinda rocks my world? I mean, honestly, you have James there buttoned-up-all-the-way-to-the-collar with a nice sweater overlay, but bouncing around like he’s in the first mosh pit of his life. He’s living for that energy, why shouldn’t we?! Looking back, it was a huge moment for both of them and set them on their paths to be in the top 5 together. Will lost the battle to James, but in the end managed a third place finish to James’ fifth which goes to show that things are rarely so set in stone this early in the competition.

Denton: I agree that big vocals don’t necessarily lead to the best battles, but my next choice was an absolute showdown between two huge voices. In Season 13 I couldn’t believe what was coming out of 15-year old Shi’Ann Jones‘ mouth and when she paired up with Stephan Marcellus on “Oh! Darling,” as the lyrics state, I nearly fell down and died. Like my last choice, both of these singers had disappointing results with Shi’Ann placing 10th and Stephan going out in the knockouts, but they made their mark with this tour de force performance. The vocal acrobatics that Shi’Ann was pulling off with almost no effort were only matched by Stephan’s passionate stage presence. I only wish we could have seen more from them.

John: I feel bad going with this for my third one because it’s another guy-guy pairing, but we can’t deny the utter brilliance of season 10’s Bryan Bautista and Malik Heard doing “It’s a Man’s, Man’s, Man’s World.” Now, there was actually another great renditions of this song in this round when Biff Gore and Sisaundra Lewis did in season 6, but where they were more theatrical, Bryan and Malik made us feel like we were in a smoky downtown bar hearing it for the first time. And I swear you hear every ounce of aching passion in their voice. And let’s not forget, after Christina Aguilera picked Bryan as the round winner, Blake, Adam Levine, and Pharrell Williams all slammed their buttons in an attempt to steal Malik. How often do we get a full deck steal?!

Denton: I guess there is something about male/female duets that have the greatest impact on me because my final choice is Season 14’s D.R. King and Jackie Foster singing “Sign of the Times.” I remember when I saw these two were paired up and I thought D.R. was just going to wipe the floor with Jackie, which made it all the more exciting when it turned out to be one of best battles in recent memory. Both of them sounded incredible, but the highlight definitely came at the top of the chorus, when D.R. hit a note I thought was unmatchable (in falsetto) and Jackie stayed in the same key and let out a belt that felt like it was shot out of a cannon. The coaches were appropriately all on their feet by the end. Although D.R. was an early favorite that season, he went home in 12th place while Jackie’s run came to an end in the semi-finals.

It was fun to look back over the past 20 seasons of battles. There are so many more we haven’t even touched on, but hopefully people will chime in with a few of their favorites in the comments. I had forgotten about some of your choices so it was fun to read your take on the history of “The Voice” battles. I’m looking forward to what the knockouts bring in Season 20. I think there is a lot of talent this season and I can’t wait to see how things play out.

John: Yes! I’m so excited for the Knockouts to begin because I feel like this is where the artists may have the largest input in terms of what they sing. Will be interesting to see if any new frontrunners emerge.