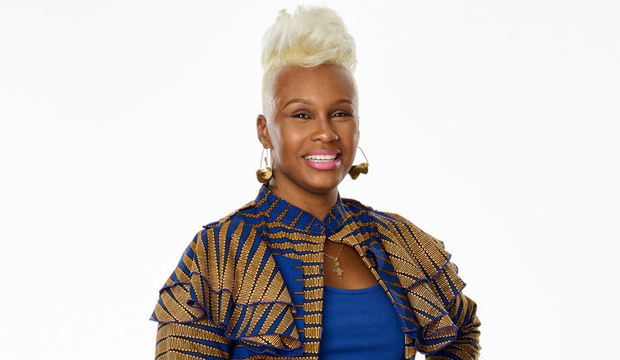 One of “The Voice’s” most recognizable artists of all time, Pia Renee of Team John Legend, was shockingly eliminated during Season 20’s semifinals results episode. In our recent poll, 7% of viewers think Pia was robbed of a spot in next week’s finale. Besides Pia, Dana Monique of Team Nick Jonas and Corey Ward and Gihanna Zoe of Team Kelly Clarkson were also eliminated on Tuesday night.

Pia, a 37-year-old singer from Chicago, Illinois, wowed both John and Blake in the blind auditions with her performance of “Master Blaster (Jammin’).” The reggae band member and single mother went with the obvious choice, Team Legend. Pia later returned in the battles where she took on “Baby” against Christine Cain. She was next seen in the knockouts where she sang “What the World Needs Now Is Love” against Ciana Pelekai.

For her first live show performance, Pia went with “Need U Bad” in the Top 17 and was John’s choice to advance to the semifinals. In this week’s Top 9 show, she picked “Turn Your Lights Down Low” but failed to earn enough overnight votes to survive. Pia was given one last shot to impress America, though her instant save performance of “Everything I Wanted” lost out to Jordan Matthew Young of Team Blake.

The two-part season finale will air Monday, May 24 (performance show) and Tuesday, May 25 (results show). The Final 5 artists are Kenzie Wheeler of Team Kelly, Victor Solomon of Team Legend, Rachel Mac of Team Nick and Cam Anthony and Jordan of Team Blake.

Here are the complete “The Voice” poll results for who fans say was most robbed heading into the finals: