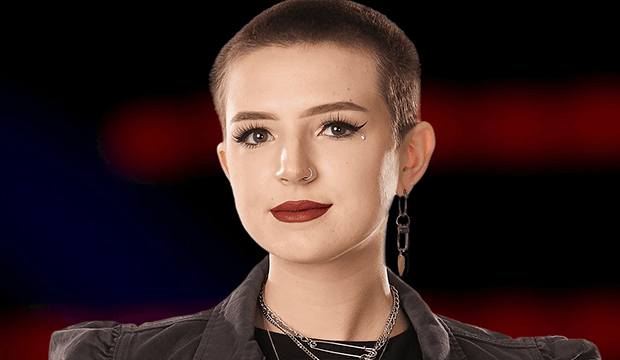 New coach Ariana Grande has had a tough time with the whole “elimination” aspect of “The Voice” this season. Every time she’s lost a team member, whether it be Bella DeNapoli, Vaughn Mugol or Raquel Trinidad, she’s broken down in tears. Viewers saw the “Thank U, Next” singer reaching for the proverbial tissues yet again on Tuesday night when Ryleigh Plank was eliminated from the competition. Ariana, who has always worn her heart on her sleeve, expressed her emotions on Twitter: “i’m emotional, i’m nervous, i’m excited, mostly, i am so deeply proud of these humans.”

Ryleigh became a member of Team Ariana in the blind auditions when she performed “Anyone” and earned two chair turns from Ariana and Kelly. This 20-year-old pop-rock singer from Florida then won her battle of “Come On Over Baby (All I Want Is You)” against KCK3. In the knockouts, Ryleigh’s version of “Midnight Sky” earned Ariana’s approval over David Vogel‘s rendition of “Lose You to Love Me.”

Ryleigh hit her first snag in the competition during the Top 21 results show, when America’s top two choices from Team Ariana to advance were Jim & Sasha Allen and Holly Forbes. That left Ariana with a tough decision to save one of her other three artists; she saved Ryleigh instead of Bella and Raquel. In the Top 13, Ryleigh’s emotional cover of “Rhiannon” failed to connect with America and she was forced to sing for her life in the instant save.