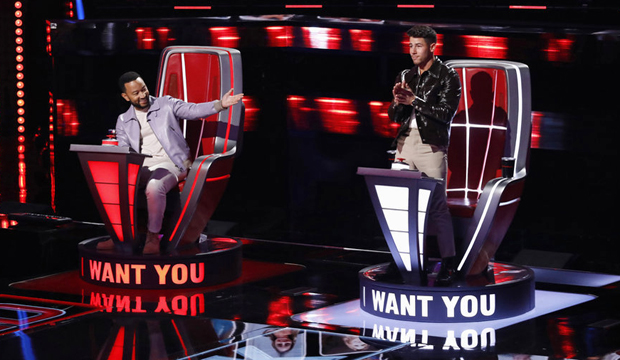 If you’re tuning in to NBC on Tuesday, March 16 hoping to watch the final blind auditions, you’ll be sorely disappointed. Instead, “This Is Us” returns to the airwaves following a month off, which means “The Voice” will be airing just on Monday nights for the next few weeks. Read on for more of “The Voice” schedule for this landmark 20th season.

The final blinds of NBC’s reality TV show will take place Monday, March 22 in a two-hour episode that also looks back on the best auditions of this Spring 2021 installment. That’s when we’ll find out the identities of the final artists who’ll join Team Blake Shelton, Team Nick Jonas, Team John Legend and Team Kelly Clarkson.

Once the blind auditions conclude, get ready for the exciting battle round. It’s expected to begin on Monday, March 29 and run for several weeks. The battles are when the coaches pair up members of their teams to go head-to-head on the big stage. The winner advances to the knockouts, while the loser goes home … unless they’re stolen by a rival coach or saved by their own coach.

So far 36 of the Top 40 artists have already found homes on one of the coaches’ teams, which leaves just four artists left to make it onto the show. Here is the team-by-team breakdown after five blind audition episodes: