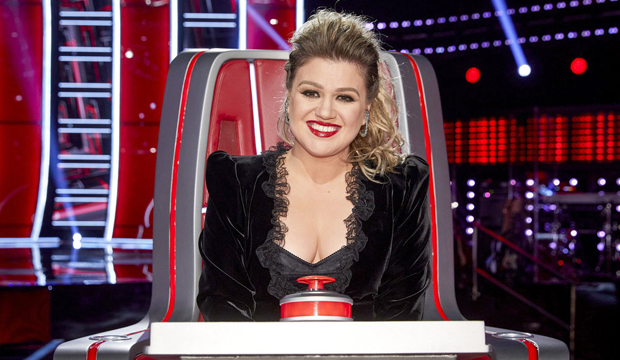 Heading into the third episode of “The Voice” Season 20, Blake Shelton and Nick Jonas were in the lead with four artists apiece on their teams for these blind audition rounds. Kelly Clarkson and John Legend were behind slightly at three artists each, but that was all about to change as more artists were set to pick their teams during Monday’s two-hour episode. Every time a coach pressed their “I Want You” button and turned their big red chair around, they had a chance to try to convince that artist to join their team. Sometimes their pitches worked, other times they fell flat. So how did it all play out on Monday night?

Below, read our minute-by-minute “The Voice” recap of Season 20, Episode 3 to find out what happened Monday, March 8 at 8:00 p.m. ET/PT. Then be sure to sound off in the comments section about your favorite artists on NBC’s long-running reality TV show, which coach you’re rooting for and who you think will ultimately join “The Voice” winners list for this 10th anniversary season. Here is a closer look at each coach’s team (so far):

8:00 p.m. – “Previously on ‘The Voice’!” In the second episode, five artists made it onto the show when the coaches turned their chairs around during Night 2 of the blind auditions. Gean Garcia (19 years old) joined Team Kelly, Carolina Rial (17) joined Team Legend, Zae Romeo (21) joined Team Nick and Aaron Konzelman (39) and Ethan Lively (17) both joined Team Blake. Of these, only Zae was a four-chair turn artist. Will any of these contestants go the distance and win the show? Stay tuned.

8:01 p.m. – Before Ryleigh Modig went in for her audition she did a tarot reading to ease her nerves and give her a sign of what was to come. Her blind audition of “When the Party’s Over” inspires her to living unafraid of being who she wants to be. All four coaches seemed interested in her voice from the moment she first began singing, but it was Kelly who turned first almost halfway into the performance. She was later joined by Nick, but both Blake and John sat this one out. Nick told her that she has a tone that speaks to his soul, but Kelly was enthused by Ryleigh declaring she’s gay and wouldn’t be swayed by Nick’s flirtations. Kelly’s pitch appealing to Ryleigh’s sense of getting lost in a song spoke to her and so she claimed a jacket!

8:12 p.m. – Coming from a reggae band background and as a single mother, Pia Renee‘s journey through music has been shaped by creativity. Tonight she auditioned with “Master Blaster (Jammin’),” but despite some interested looks from John and Kelly failed to get a chair turn until the very last minute from Blake… and then John! Blake thought that he was coming in just at the end to get her automatically, but John’s button threw a wrench into his plan. Pia went with the sure match and joined John’s team, but along the way Kelly vowed to snatch her up if he were to let her go at any point.

8:24 p.m. – At 16, Andrew Marshall was diagnosed with leukemia, but he says that music got him through three years of treatment. In his performance of “Gravity,” his raw, emotional connection to music came through in his voice and Nick was hooked immediately. Because Nick was the only one hooked, Andrew defaulted to his team, but John said that different song choices in the future might change his mind in future rounds.

8:36 p.m. – Next up was Emma Caroline with her take on “Slow Burn,” the perfect opportunity for John to use his block on Blake, but instead Blake turned first and John never did. Instead Blake found competition with Kelly, setting up a classic head-to-head for a young female country artist between the two of them. Kelly made the point that she’s won with a female country artist before while Blake honed in on her “mountain voice” and discussed all the lanes in the genre that he could help her navigate. Emma prefaced her choice by saying it’s not easy, but ultimately went with what John called the “obvious” choice and chose Blake.

8:47 p.m. – James Tutson calls himself a “late bloomer” in music, but is already teaching his young kids the art. His turn on “Beyond” with guitar in hand wasn’t enough for any of the coaches — John called out a few pitch problems and Blake said that the singing was a little too laid back.

8:58 p.m. – Native Hawaiian Ciana Pelekai‘s family moved to Las Vegas in order to give her more opportunities in music since they’re so limited on the island. For her big break she took on “Dance Monkey” with the idea of doing something fun and the hope of getting Nick’s attention. John was having a good ol’ time with Ciana’s performance after turning his chair for her, and an even better time when Nick turned his to the big red glare of a “blocked” logo. Nick said he was “devastated” to lose out on the opportunity to have Ciana on his team, but she didn’t seem all that mad to join Team Legend.

9:08 p.m. – With all the blocks used up, the coaches had free reign to go for Jose Figueroa Jr. and his performance of “At This Moment.” This time it was a fair shot between John and Nick though. John was shocked it wasn’t a four chair turn, calling out Jose’s range and all the vocal tools in his arsenal. That was a reason Kelly shied away from turning her chair, but John stressed that it’s good he has those tools because they can figure out how to use them. Nick made a more desperate pitch, begging Jose to not choose John. Though Jose called it a tough decision, it must have been his plan all along to join Team Nick because the pick shocked us all!

9:20 p.m. – Washingtonian Halley Greg was “exhausted” with her “double life” of being a science teacher by day and a singer by night so she ultimately decided to focus more on music, quitting her career right before the pandemic hit. She caught Kelly off guard immediately with her new spin on “I’m Like a Bird” and somehow… somehow… she was the only coach that turned her chair. The guys all reacted positively to Halley’s performance so it was a surprise that none of them wanted to compete against Kelly for her, but they would have lost anyway, right?

9:30 p.m. – Durell Anthony was looking for his shot after growing up singing in the church in San Diego. John was mesmerized by his keyboard playing and near a cappella opening to “What’s Going On” while the other coaches let the song grow into their systems a little more. By the end only Kelly threw her hat into the ring, but it seems like both Nick and Blake were resigned to the fact that Durell was likely to choose John anyway. Props to Kelly for giving it a go, but sure enough he did choose to join Team Legend.

9:42 p.m. – Now legally blind because of a rare eye disorder, Jesse Desorcy came to music as an escape and as a way of regaining confidence. Tonight his rendition of “Dust on the Bottle” was a song pick Kelly liked but she and the other coaches weren’t convinced enough to turn. Blake noticed that the nerves got the best of him and that he was too sharp for a lot of the song.

9:53 p.m. – The final artist of the night was country guitarist Avery Roberson from a small town in North Carolina whose biggest audience he ever performed for was at a local senior center. The coaches were closely attentive to his performance of “If You’re Reading This,” but in what became a four chair turn Kelly and John got the quick jump, followed by Blake and then Nick much later. Kelly liked that he kept the song intimate and didn’t feel the need to sing really big. Once again Blake pitted himself against Kelly, stressing his own relationship to country music over hers. Avery told Nick that he actually started in pop music to which Nick pointed out that he’s been inspired in songwriting by country artists and that it ultimately doesn’t matter what genre anyone is in because it’s all music. John stressed that he turned first because he heard a “rich, subtle” voice that he wanted to coach. When it came time to choose, Avery had heard three really good pitches and Blake’s, and in going with his gut he stayed the course and chose Blake!