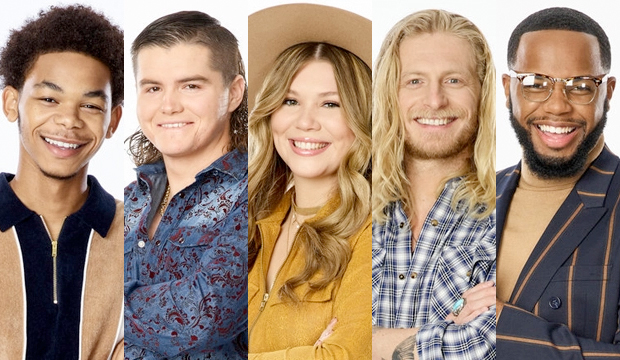 And then there were five. Heading into the first night of “The Voice’s” two-night finale, Blake Shelton led all the coaches with two artists still in the competition: Cam Anthony and Jordan Matthew Young. The others all had one apiece on their teams: Kenzie Wheeler for Kelly Clarkson, Victor Solomon for John Legend and Rachel Mac for Nick Jonas. One by one, each finalist took the stage on Monday night for one last chance to impress America. So how’d it all play out?

Below, read our minute-by-minute “The Voice” Season 20 finale recap (Night 1) to find out what happened on Monday, May 24 beginning at 8:00 p.m. ET/PT. Then be sure to sound off in the comments section about your favorite artists on NBC’s long-running reality TV show, which coach you’re rooting for and who you think will ultimately join “The Voice” winners list for this 10th anniversary season. Carson Daly hosts the Emmy-winning program.

8:00 p.m. – “Previously on ‘The Voice’!” In last week’s Top 9 results show, four artists said goodbye in the semifinals based on America’s votes. They were: Corey Ward and Gihanna Zoe of Team Kelly Clarkson, Pia Renee of Team John Legend and Dana Monique of Team Nick Jonas. (No one from Team Blake Shelton was sent home.) With only five contestants still in the competition, who will strike a chord with America based on their upcoming performances? It’s time to find out!

8:02 p.m. – For Kenzie’s first performance of the night he and Kelly decided that it was time for him to sing George Strait. They chose his song “Heartland” because of its fun, “honky tonk” vibe and it certainly appeals to his country audience. To Kenzie’s credit this is the first time he’s shown a personality on stage, finally moving around and engaging with the musicians in a way that he previously seemed too shy or uncomfortable to do. Blake thought Kenzie brought some unexpected aspects to the song and Kelly doubled down on the fun aspect that should remind the audience of what it’s like to be at a live show again.

8:10 p.m. – In his dedication performance, Victor wrote to his girlfriend Ciarra and sang Bonnie Raitt‘s “I Can’t Make You Love Me” in her honor. As a song choice this was a new departure for Victor that shows how versatile he is when it comes to genre while managing to retool the vocals to make something that is his own. While a very good vocal, it isn’t the kind of performance that delivers the strong punch that he needs to make in this finale. Nick and John both commented on the soul and artistry that Victor brought to the well-known song and hinted at how he’s going to show another side of himself at the end of the show.

8:20 p.m. – Jordan began the night with Blake’s support for his genre-jumping, this time making the leap to blues for the B.B. King and Eric Clapton song “Key to the Highway.” Compared to the previous two performances, this is the kind of song selection that will win over new fans for Jordan and that’s exactly what he needed as the “save” artist in the finale. John pointed out that no one else this season is bringing what Jordan is in terms of music and energy. Blake was ecstatic about the performance for the same reason, highlighting that he got up on the stage and rocked in a way that music otherwise lacks right now.

8:32 p.m. – Rachel’s nephew Ezra was the recipient of her dedication song, “I Hope You Dance” by Lee Ann Womack. The country ballad is a perfect fit for Rachel’s aesthetic as an artist, but in that sense it’s also the most expected choice for her to make in the finale. As a big, powerhouse song it might have been a bit beyond the scope of Rachel’s vocal ability, but overall she had some good moments that will play impressively to the audience. Kelly called Rachel’s voice captivating when she goes small and intimate with it. Nick said it was one of her best performances of the season and says that she has a ton of depth and worked really hard in the competition.

8:44 p.m. – Before getting to Cam’s first performance, his coach Blake took the stage to perform his new single “Minimum Wage.” It makes sense why Blake was so excited to see Jordan do a guitar-heavy rock song because that’s what this new song of his own is! Afterward, a lot of Blake’s former artists popped up in video submissions to congratulate him on his 10 year anniversary on the show. They all spoke to how instrumental he was in their own musical development and the doors he’s helped open for them since working with him on the show.

8:56 p.m. – Cam’s dedication was inspired by the author Napolean Hill to speak to the “visionary” in everyone and “faith and love.” The song he chose to honor that message was “Stand Up” by Cynthia Erivo from the film “Harriet.” Of all the songs performed so far tonight this was the most powerful by far. It created its own energy and with the dancers and chorus felt completely epic. He was also the first artist of the night to earn the standing ovation from all four judges. John called him incredible and said that he’s ready to be on any stage in the world. Blake decided to be serious in his comments for Cam to say that he feels so strongly about Cam’s talent and that he is an agent of change for both the show and him as well.

9:08 p.m. – Kenzie’s dedication was also broader than just one person, choosing to honor his hometown and all of the people who raised him. The Tracy Byrd song “The Keeper of the Stars” was the platform Kenzie needed to deliver his most emotional performance of the season that also ultimately paired nicely with his more fun first performance of the night. Nick said that he performed it with “ease and brilliance” and his package made it clear what he brings to the stage because of where he comes from. Kelly mentioned that through the competition Kenzie has discovered how good he is as a singer and that it’s what the show is all about.

9:18 p.m. – Nick and Rachel decided that for her final performance taking on “The Chain” by Fleetwood Mac is what would level her up and build upon everything else she’s done so far. As a 180 turn from her first performance, this one certainly leaves a mark as showing a new side of Rachel, but as the last performance that the audience will see from her on the show it’s a risky choice as a final impression since it’s such a departure from her usual style. John said it was fun to watch and that her energy and voice were strong. Nick called it brilliant and a reminder of what concerts feel like.

9:31 p.m. – In his dedication, Jordan chose Rihanna‘s “Stay” to honor his grandma’s Joy and Betty. He says the song reminds him of the deep feelings of love that he has for them and that it’s his chance to say goodbye to them. For the competition the choice was a risky one because the song doesn’t fit his voice all that well, but in terms of broadening his reach it could have hit the mark he was going for. Nick said that he can’t wait to hear the album that he puts out because he’s proven that he can do it all. Blake called it great again that Jordan surprised with an out of the box song choice.

9:41 p.m. – Like the other finalists, Cam chose a final song to show that he’s “having the time of [his] life” on the show. That song is Bon Jovi‘s “Wanted Dead or Alive,” a song we’re all probably surprised to hear that he rocked out to with his family throughout his childhood. While it was a traditional arrangement of the song, because Cam’s voice is so different from Jon Bon Jovi’s it sounded fresh in an unexpected way. Once again he earned a standing ovation from the coaches — Kelly expressed her shock at the song choice, but called him a unique talent that can conquer any and every aspect of the entertainment industry. Blake said in so many words that Cam is more than just talent, that he’s a star ands born to be one.

9:53 p.m. – Closing out the night was Victor’s choice of “Freedom” by Beyonce with Kendrick Lamar. Victor called it the perfect song of who he is an artist which is a performer and someone who wants to convey a message. Not only did he perform Beyonce’s vocal moments, but also Kendrick’s rap verse, all while engaging in the choreography alongside his backup dancers to deliver the most physical performance we saw this season. All on their feet for him, the coaches were blown away. Kelly was ready to buy tickets to his tour and John called it the best overall performance he’s seen on the stage because of every aspect he put it into it. 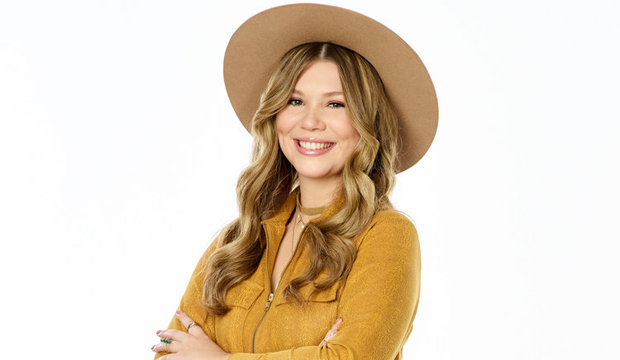