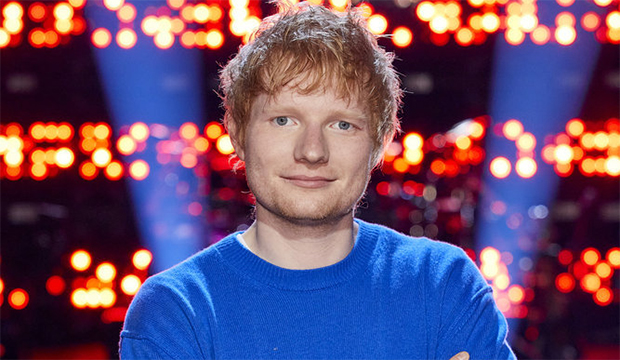 Night 3 of “The Voice” knockouts took place on Monday with Ed Sheeran wrapping up his journey as this season’s mega mentor. He advised the last pairs of artists for Team Ariana Grande, Team Blake Shelton, Team John Legend and Team Kelly Clarkson ahead of their final knockouts. In this round, the coaches no longer had a “save” button but they could “steal” a losing artist from another team. Since Kelly, Ariana and John all used their steals, that meant only Blake still had his remaining heading into the two-hour ending of the knockouts.

Below, read our minute-by-minute “The Voice” recap of Season 21, Episode 13 to find out what happened Monday, November 1 at 8:00 p.m. ET/PT. Then be sure to sound off in the comments section about your favorite artists on NBC’s long-running reality TV show, which coach you’re rooting for and who you think will ultimately join “The Voice” winners list for this Fall 2021 installment. Carson Daly hosts the Emmy-winning program. Here are the current team breakdowns:

8:00 p.m. – “Previously on ‘The Voice’!” In the 12th episode, the second round of knockouts resulted in two artists going home: BrittanyBree (Team Legend) and The Cunningham Sisters (Team Kelly). Who will follow them out the door and miss out on the all-important live shows? Let’s find out!

8:01 p.m. – John paired the two soulful singers Shadale and Samara Brown for the first knockout of the night. Samara rehearsed first to Tina Turner’s “The Best,” receiving minor feedback from Ed and John about some high notes that she lost control on. Shadale went with Shontelle’s “Impossible” because it represents her own journey as an artist. John asked her to take the song a little slower so that it can breathe and have power.

8:05 p.m. – During both performances John was on his feet cheering and the other three coaches expressed equal amounts of amazement at the two women. Kelly told Samara she has one of her favorite voices, but she missed the “hurt and rasp” in that song that Tina is known for. Alternatively, she was hit emotionally by Shadale’s performance and song choice. Blake was pleased with both of them, but referred to Shadale as “exceptional.” Ariana told Samara that “she’s the one that got away,” but is a big fan of both of them. John told Samara that her performance was flawless and she nailed the notes he gave her notes on, and compared Shadale’s performance to Mary J. Blige because of how the emotion came through. Despite telling Shadale that she was up against “one of the best vocalists on the show,” John chose her as the winner for being able to touch everyone.

8:16 p.m. – Carson Peters and Lana Scott were next to rehearse with Ed for Team Blake. Carson chose George Strait’s “Amarillo by Morning” and brought his fiddle to the stage. Ed called out the R&B tendencies to Carson’s voice and encouraged him to find more ways to make it his own. Lana decided to sing “Wildest Dreams” by Taylor Swift because of her personal connection to the song as someone who was recently broken up with. She asked Blake directly for advice on how to tap into heartbreak in his songs, to which Ed replied that once a song is out there for the audience then you have to think about how they feel about it not how you might feel about it.

8:21 p.m. – Following the two country performances, Ariana said that Carson’s fiddle gave the song energy and it was entertaining, leading her to tell Blake she’d choose him. John thought Carson needed more breath support in his notes, but said that Lana’s notes “cut through in a really beautiful way” and so he picked her. Kelly thought Carson’s choice to do the Strait song in the upper register was weird for her and she loved the sultry aspects of what Lana did in the verses of her song. Blake told Lana she flew under the radar up until now and then gave a “wow” performance tonight. Blake thought Carson did everything he could with a tough song, but ultimately his decision would come down to this performance and so he chose Lana.

8:38 p.m. – Ariana put Bella DeNapoli and Katherine Ann Mohler against each other as two powerhouse vocalists on her team. Bella chose “Chandelier” by Sia because of her own experience in a dark place, but rearranged the song to make it her own. Ed loved her arrangement, but he and Ariana both asked her to push the chorus a bit with more support from her voice. Katherine Ann went with Bel Biv DeVoe’s “Poison” after Ariana inspired her to take unexpected songs and make them her own, in addition to it being on her dad’s favorite songs. Ed like that Katherine turned the head on the song because it showed individuality.

8:42 p.m. – All of the coaches were surprised by the arrangement and song choices that Bella and Katherine delivered in their performances. John called it a bold move for Katherine, but he wasn’t sure if the risk paid off or not because it didn’t work for him all the time. He did like Bella’s rendition though and called her tight runs compelling. Kelly said Bella has an angelic voice with edge and called Katherine’s version more cinematic and exciting by a tiny bit. Blake thought it was one of the most equal knockouts of the season because they approached it in the same way. Ariana noted that Katherine has pushed herself in the competition and that Bella gave a stunning performance. Ariana stuck with Bella this time because she was emotionally vulnerable and gave a beautiful vocal.

9:00 p.m. – Xavier Cornell and Jeremy Rosado were excited to meet Ed in rehearsals because of how big of an artist he is. Jeremy chose Whitney Houston’s “Run to You,” knowing that it’s a risk to take on Whitney as a male vocalist. Ed called it a “genius stroke” and said he loves his whole aura. As a self-described “musical theater kid,” Xavier went with “Falling Slowly” because he’s always dreamed of singing it on a big stage. Ed’s only note to him was a timing issue on a specific note and Kelly asked him to be more smooth in parts that he’s hitting the gas.

9:04 p.m. – Both guys did really well with big songs, leading Blake to start off comments to Jeremy with “incredible” and Xavier with “wow factor.” Ariana thought Xavier showed off his rich tone and acknowledged Jeremy’s ability to make the Whitney song his own. John thinks Jeremy’s voice is amazing, but was pulled in by Xavier’s “attractive” tone. Kelly liked that Jeremy was bold in his song choice and that Xavier chose an emotional song that fit his voice perfectly. Kelly based her decision on the scope of what they’ve shown so far and so she stuck by Jeremy because he can take on any genre.

9:20 p.m. – Blake’s next pairing was Berritt Haynes on “I Swear” and Peedy Chavis on “Unchain My Heart.” Blake called Peedy consistent and noticed that Berritt’s nerves played too much into his performance and so he chose Peedy as the winner.

9:23 p.m. – Ariana brought Jim and Sasha Allen up with Manny Keith. Manny took on the Harry Styles song “Golden” only for Ariana to demand that he lose the mic stand because he sounded much better without it. Ed also noticed that he’s powerful when he just lets it rip because he’s not using his full voice otherwise. The father and son duo chose “Home” by Edward Sharpe and the Magnetic Zeros for the lyrics of being at one with your own identity. Ed liked the relationship between the two and their use of instruments for what he called a wholesome performance.

9:38 p.m. – The last knockout of the night was between Jershika Maple and Paris Winningham. Jershika started her first rehearsal on Team John with “Inseparable” by Natalie Cole in honor of her own mom. John thought it was a revelation because Jershika was already showing nuance and power, and Ed called her his favorite of all the artists. Paris went with “Tennessee Whiskey” by Christ Stapleton, to both John and Ed’s surprise and excitement. Ed called his tone insane and suggested rearranging the music to only be with the organ.

9:44 p.m. – It wasn’t long into Jershika’s performance that Ariana was standing in amazement at her voice, but then Paris took the stage and she and Kelly had those strong reactions all over again. Kelly couldn’t sit down for her comments, gagging over both artists for their runs and being magical. Blake thought the different personality that Paris brought to the song was great and couldn’t understand how Kelly ever let go of Jershika. Ariana said they left her drained emotionally because they were both next level for their storytelling. John called his decision a dilemma because Paris was beautiful and Jershika delivered a masterclass. Ultimately, John gave the win to Jershika because he can see her in the finale.

9:56 p.m. – John’s decision left Paris open for another coach, and as we already know it had to be a steal from Blake because he was the only one with a steal left and it was the final performance. Blake said that he’s going to continue to find songs for Paris that will allow him to have that much personality on stage.

9:57 p.m. – Before the live playoffs begin, each coach nominated one artist for a chance to return to the competition in the #VoiceComeback vote. Ariana nominated Vaughn Mugol, Blake nominated Hailey Green, Kelly nominated Aaron Hines, and John nominated Samara Brown.