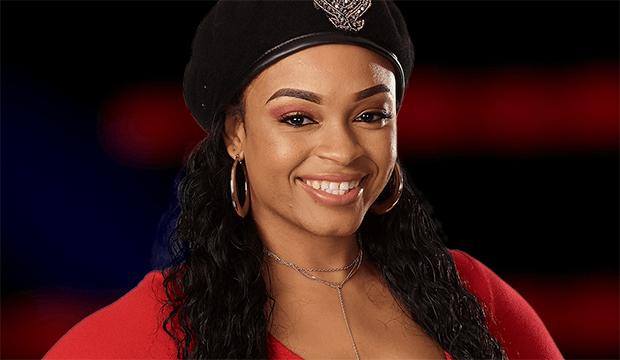 Back in the blind auditions, Shadale was the very last artist to join Team John Legend thanks to her powerful performance of “That’s What I Like.” John kept Shadale in the competition in every subsequent round, where she sang “One Last Time” in the battles, “Impossible” in the knockouts and “Love on the Brain” in the live playoffs. But her time on “The Voice” ended on Tuesday night when America failed to connect with her “Life Is a Highway” rendition in the Top 13. Was her song choice to blame for her elimination? Not one but two coaches called it out during the live performance show.

“Shadale, I was so surprised by the song choice,” noted Ariana Grande. “I was like, wait, she’s gonna sing that? But I loved what you did with it so much.” She touched on Shadale’s “incredible energy” and “infectious performances,” and finished her thoughts by thanking John for saving her in the live playoffs.

John then shockingly doubled down on critiquing Shadale’s song choice, which likely sealed her fate in the competition. “We let the artists pick the songs they want to sing in this round,” John explained, “and it’s all about dedicating it to a person they love and they care about and that means something to them. I was surprised when you picked this song, too. I was like, I don’t see her doing this. But when I see her do it, you have so much energy, so much commitment.”

Shadale was one of three artists who found themselves in the bottom during Top 13 week based on America’s votes, the others being Ryleigh Plank of Team Ariana and Gymani of Team Kelly Clarkson. Each of them got to sing a song in the instant save, with America choosing to keep Gymani in the competition. Thus, Shadale and Ryleigh were both eliminated.