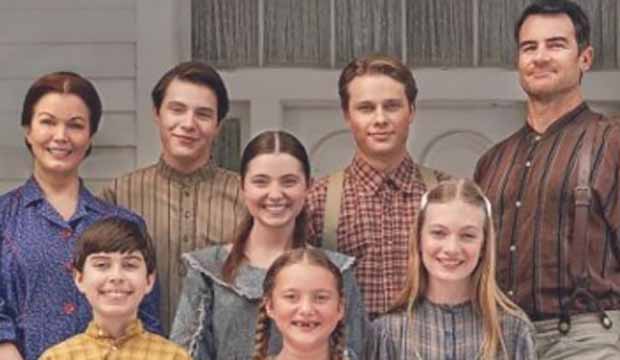 There seems to be a yearning for nostalgia in entertainment these days, given that our daily headlines are rarely upbeat and heartwarming, what with the country’s deeply ingrained political divisions as well as the ongoing threat of the COVID-19 pandemic. That might be why TV execs have been capitalizing on their audience’s hunger for comfort viewing with revivals of hits from past, ranging from “Sex and the City” and “Dexter” to “The Wonder Years” and “Gossip Girl.”

However, this holiday season will get a one-night only treat when the CW presents a new version of an early ‘70s classic, “The Waltons’ Homecoming.” The two-hour film that airs on November 28 at 8 p.m. features actor Richard Thomas, who played John-Boy in the original CBS TV series that premiered in 1972 for nine seasons and launched six more reunion movies for NBC. Thomas will take over the narrating duties that were originally done by the late Earl Hamner Jr., who based the film and series on his autobiographical book, “Spencer’s Mountain.”

Watch an exclusive 50-minute Q&A with the new cast below:

Now celebrating its 50th anniversary, the original holiday film titled “The Homecoming: A Christmas Story” aired on December 19, 1971, which originally was supposed to be a one-off. It revolved around a family with seven children, all living in the Blue Ridge Mountains of Virginia during the Great Depression. It struck a chord with viewers during another era of political strife and protest during the era of the Vietnam War. As his wife Olivia (played by Patricia Neal, who won a Best Actress Academy Award for 1963’s “Hud”) worries as husband John (Ralph Waite) braves a snowstorm while traveling from Charlottesville to join his clan for their yuletide festivities.

The TV movie scored high marks in the ratings and made an impression on awards voters as well. Neal would collect a Golden Globe and an Emmy for her performance while Hamner won in the adapted drama category for his screenplay and director Fiedler Cook took the gold in the Drama- A Single Program. Such accolades may have caused CBS to put the show on its fall schedule.

In fall of 1972, “The Waltons” was slotted against two popular hip shows on other networks on Thursday at 8 p.m. — NBC’s “Flip Wilson Show” and ABC’s “The Mod Squad.” But CBS wisely decided to take out a full-page newspaper ad featuring all the positive reviews, in order to encourage viewers to watch the show. The exposure did the trick and ratings rapidly blossomed.

Besides winning a Peabody Award for its first season, the show won an Emmy for Best Drama Series in 1973. Thomas would also win an Emmy for his lead drama role as the family’s eldest child, John-Boy, that year. Michael Learned, who took over the matriarch role, would win the Emmy for Lead Actress in a Drama series three times in 1973, 1974 and 1976. Ellen Corby, who played “Grandma Walton,” also scored three Emmys in the Supporting Actress category, winning in 1973, 1975 and 1976. Meanwhile, Will Geer as “Grandpa Walton” earned the Supporting Actor Emmy in 1975. Seasoned actress Beulah Bondi claimed an Emmy in 1977 for her guest appearance. As for Thomas, who still regularly hears the phrase that would end every episode – “Goodnight, John- Boy,” says at the start of the new film, “Mostly it’s a story about human kindness and compassion and love.” Who doesn’t need that in their life?

All of the people listed above recently participated in a special question-and-answer event. You can watch this exclusive video above.