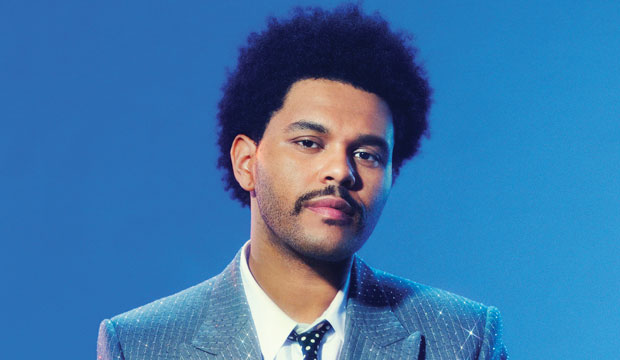 The Weeknd may have boycotted the Grammys after his controversial snubs for his “After Hours” album, but he was submitted for Emmys, and now he’s a nominee for Best Variety Special (Live) for headlining the Super Bowl LV Halftime Show earlier this year. That means, ironically, that he’s up for more Emmys than Grammys for performing “Blinding Lights.”

His Halftime Show ended up with three Emmy nominations. In addition to Best Variety Special, it contends for Best Lighting Design/Lighting Direction and Best Technical Direction/Camerawork/Video Control. But in the top category the race is especially wide open because none of the kinds of programs that have won in the last 10 years are nominated in this contest.

But this past season there was no “Studio Audience” production, no live TV musical presentations, and no Tony Awards thanks to the COVID-19 pandemic. So The Weeknd is up against a eclectic group of rivals: “Celebrating America: An Inauguration Night Special,” “Stephen Colbert’s Election Night 2020: Democracy’s Last Stand Building Back America Great Again Better 2020,” “The 63rd Annual Grammy Awards,” and “The Oscars.”

SEEAfter fighting for voting rights, Stacey Abrams could now become the first actor ever to win an Emmy for ‘Black-ish’

The Oscars ceremony is perennially nominated, but hasn’t won the top program category in decades, while the Grammys have never won the program award, and it’s hard to predict how the television academy will greet their revamped pandemic productions this year. Meanwhile, Colbert has been an Emmy darling but hasn’t won in any category since his former “Colbert Report” series on Comedy Central.

According to the early predictions of Gold Derby users, “Celebrating America” has the edge. It stands out as unique among the nominated programs as it’s a political event marking the entry of Joe Biden into the White House and the long-awaited exit of Donald Trump. That might be tough for The Weeknd to beat. But has Joe Biden spent a full year in the top 10 on the Billboard Hot 100? I didn’t think so.

PREDICTthe Emmys until winners are announced