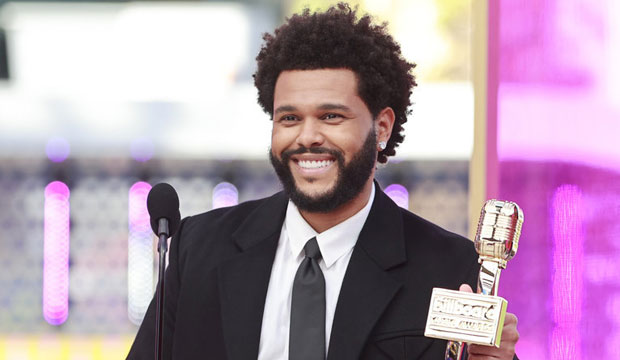 As our odds were predicting, The Weeknd was the big winner at the 2021 Billboard Music Awards, claiming a whopping 10 prizes out of his 16 nominations including Top Artist on his third try in that category. Who else prevailed in more than 50 BBMA categories? Check out the complete list of winners here.

In addition to the top award, The Weeknd also claimed Top Male Artist, Top Hot 100 Artist, Top Radio Songs Artist, Top R&B Artist, and Top R&B Male Artist. His chart-topping “After Hours” won Top R&B Album. And the record-breaking single “Blinding Lights” claimed Top Hot 100 Song, Top Radio Song, and Top R&B Song. “Blinding Lights” made history as the first single ever to spend a year in the top 10, and it also posted more weeks in the top five than any other song in history. So his dominance of the awards wasn’t a surprise.

The next most awarded artist only won half as many, but they were just as meaningful. Rapper Pop Smoke was murdered in early 2020 at the age of 20, after which he released his posthumous debut album, “Shoot for the Stars, Aim for the Moon.” It was such a hit it’s still in the top 10 almost a year after it dropped, and that charts success led to five victories for Top New Artist, Top Rap Artist, Top Rap Male Artist, Top Billboard 200 Album, and Top Rap Album. His Billboard 200 prize was presented during the primetime broadcast and accepted by his mother.