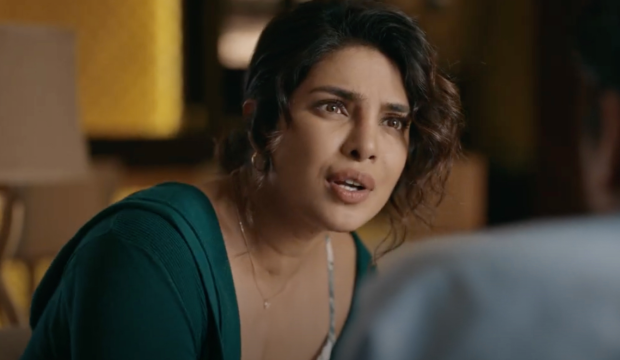 “The White Tiger” is poised to leap into awards contention now that it is streaming on Netflix after a limited run in theaters. Critics have already given it a resounding thumbs up, so its wider audience and positive word of mouth should help it break through as a contender in Best Picture, Director, Adapted Screenplay and across the board in both acting and the below the line crafts categories.

“The White Tiger” is on the rise in our combined odds, currently jostling with a bunch of other contenders just outside the main frontrunners group. But with great reviews behind it, the film could capitalize on the academy’s more diverse international membership. If enough of these rookie voters see this film, they might find it hard to resist embracing this exotic, well-received rags-to-riches success story.

The film is adapted by writer/director Ramin Bahrani from acclaimed novelist Aravind Adiga‘s Booker Prize-winning novel of the same name. It follows Balram (Adarsh Gourav), a poor Indian driver and wannabe entrepreneur, who embarks on an epic journey to break free from the oppressive shackles of servitude, forging his own destiny and rising to the top of the heap. It’s an unflinching portrait of the poverty, corruption and inequality that are entrenched within Indian society, as Balram overcomes his predetermined lot in life to realize his full potential. He is the “white tiger” of the film’s title, a “creature that gets born only once a generation.”

Bahrani has been singled out for the film’s visually striking elements and its engaging and propulsive narrative. The film’s performances have also been singled out for attention, particularly leading man Gourav, Rajkummar Rao as Balram’s master Ashok and Priyanka Chopra Jonas as Ashok’s American-born wife. It is certified “fresh” with an impressive 94% rating from the top critics at Rotten Tomatoes, which notes that it is “well-acted and beautifully made,” as it “distills the strengths of its source material into a grimly compelling drama.”

Among those praising the picture is Bilge Elibri (New York) who observed, “through this unique figure, and through this highly specific portrait of one country, ‘The White Tiger’ achieves a kind of universality.” Justin Chang (Los Angeles Times) echoed that sentiment: “The movie naturally pulses with life and energy, invigorated by its narrative sweep, its nimble camerawork and propulsive musical score composed by Danny Bensi and Saunder Jurriaans.” And Joe Morgenstern (Wall Street Journal) thought it, “a zestful epic blessed with rapier wit, casually dazzling dialogue, gorgeous cinematography (by Paolo Carnera) and, at the center of it all, a sensational star turn by an actor, singer and songwriter named Adarsh Gourav.”