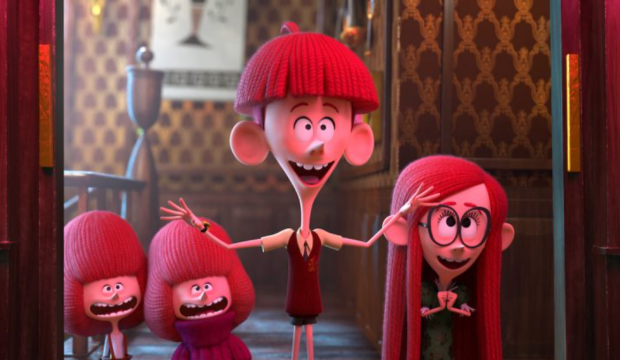 “The Willoughbys” has been a hit for Netflix ever since it started streaming last spring. This animated film won over both critics and audiences with its wry tale of four children who set out to be orphans because of their neglectful parents. Now we are predicting that “The Willoughbys” could contend for Best Animated Feature at the Oscars.

This screen version of the beloved children’s book by Lois Lowry merits a perfect score of 100% from the top critics polled at Rotten Tomatoes. Their consensus: “An appealing animated adventure whose silliness is anchored in genuine emotion offers fanciful fun the entire family can enjoy.”

Among those praising the picture was Natalia Winkelman of The New York Times who thought the film “thrives when it embraces its grim plot and lets mischief reign.” David Rooney of The Hollywood Reporter observed, “it has an oddball charm that works surprisingly well.” And Peter Debruge wrote in Variety that “its novelty comes through in the delivery and execution, owing to a witty screenplay (by Kris Pearn and Mark Stanleigh) that combines nimble wordplay with highly compressed, well-paced plotting.”

Pearn had previously helmed “Cloudy with a Chance of Meatballs 2” (2013) and embraced the idea of adapting Lowry’s book, which had made merry with staples of children’s literature. He shifted the focus to doing the same to kiddie film classics.

Though “The Willoughbys” is computer-animated, Pearn and company were guided by 2-D principles. That decision gave the film a feeling of being hand-drawn, which was singled out for praise by many of the critics. It will also stand out to Oscar voters, who often reserve at least one slot in the Best Animated Feature category for a film that looks like it is stop-motion.