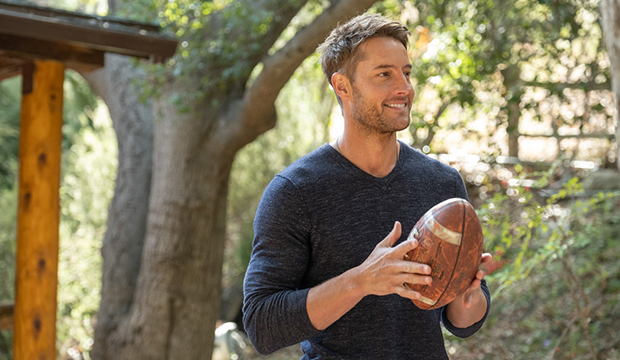 While most of the “This Is Us” cast has earned Emmy love at one point or another in the show’s first four seasons, one person who has been curiously left out is Justin Hartley. The actor, who plays Kevin Pearson on the NBC drama, submitted in the drama supporting actor category for Seasons 1 through 3 before switching to lead last year for Season 4, but voters have overlooked him every time. This year he is campaigning again in lead, and while it is rare for actors to be Emmy-nominated after years of snubs, the strong material he was given in Season 5 could finally get him there.

The fifth season was a rocky one for Kevin Pearson. While dealing with the fallout of an explosive fight with brother Randall (Sterling K. Brown), he also grapples with the news that he is the father of Madison’s (Caitlin Thompson) twins. Kevin gets engaged to Madison, but later in the season, he comes to realize how much of a people-pleaser he is and only seems to be getting married to go along with what is expected of him, not because he truly loves Madison. The season ends with Kevin and Madison breaking up.

Hartley has multiple episodes this season that could serve as a competitive Emmy submission. His two biggest highlights are “There,” which finds Kevin quitting a film project and racing to be by Madison’s side as she gives birth, and the finale, “The Adirondacks,” which centers on Kevin and Madison’s almost-wedding. While past seasons of “This Is Us” have been good showcases of Hartley’s talents, Kevin’s personal and professional struggles felt especially foregrounded in Season 5, and the actor was up to the task.

The Best Drama Actor category is once again packed with contenders, even with four of last year’s nominees ineligible, including winner Jeremy Strong (“Succession”). Hartley is currently in 16th place for a nomination, according to our latest odds, which are topped by Golden Globe champ Josh O’Connor (“The Crown”). Brown, who won in 2017, is expected to land his fifth consecutive bid, currently in fifth place, while their TV dad Milo Ventimiglia is in 10th. Ventimiglia was nominated for the first three seasons, but his presence on the show has greatly diminished over time, so if “This Is Us” manages two bids in this category, it might be Hartley who joins Brown this time around.