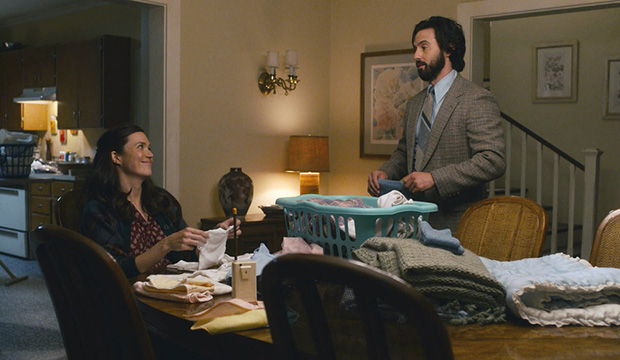 After nominating both Milo Ventimiglia and Mandy Moore for “This Is Us” in 2019, Emmy voters snubbed the Pearson parents last year. Ventimiglia had been nominated three consecutive years in Best Drama Actor for his performance as Jack Pearson, while Moore had finally snuck into Best Drama Actress for her third season as Rebecca Pearson. Both are looking to bounce back with nominations for the fifth season of the NBC drama, but their omissions last year suggest it will not be easy.

Moore spent much of her screen time in Season 5 in the past timelines, with the “This Is Us” team accommodating for her real-life pregnancy. Fittingly, much of Rebecca’s storylines involved her figuring out motherhood and other everyday stresses. Ventimiglia’s material included determining how to propose to Rebecca and intentionally breaking the cycle of abuse by being a caring father to his kids. The season ends with an older Rebecca asking her son Kevin (Justin Hartley) to build the house that Jack promised he would build for her before Jack’s untimely death.

Both Ventimiglia and Moore are currently on the outside looking in, according to the latest Gold Derby odds, though Moore is closer. The actress is currently in ninth place for a Best Drama Actress bid, while Ventimiglia is in 10th place in Best Drama Actor. Meanwhile, their TV son Sterling K. Brown is expected to land his fifth Best Drama Actor nomination in a row, sitting comfortably in fifth place.

Despite their lower rankings, Ventimiglia’s and Moore’s chances should be better this year because of somewhat reduced competition. Unlike last year, “This Is Us” does not have to face a slew of popular returning shows like “Succession,” “Ozark” and “Killing Eve” because none of them aired new episodes this season. There is voter familiarity with both Ventimiglia and Moore, and even if their screen time was more limited this year than in the past, their presence still looms large on a show that is beloved by their fellow actors.