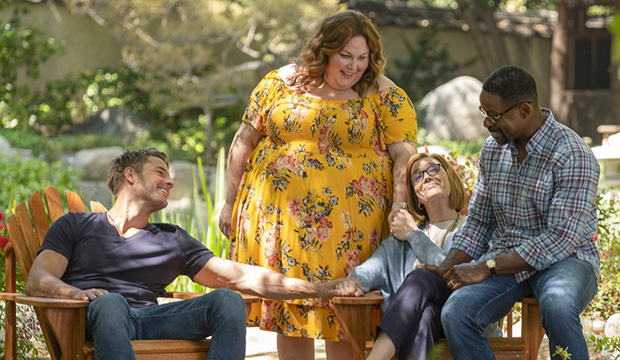 The Pearson family is coming back to the Screen Actors Guild Awards, if our new predictions prove correct. “This Is Us” won the SAG Award for drama ensemble in 2018 and 2019, but the cast hasn’t even been nominated since. While it may seem like SAG voters have moved on from the NBC drama, it’s looking like this awards cycle presents its best chance of returning to the top category.

“This Is Us” currently ranks in fifth place for drama ensemble, according to our latest SAG Awards odds. A vast majority of Gold Derby users expect it will be nominated alongside the casts of “Succession,” “The Handmaid’s Tale,” “The Morning Show” and “Pose.” Outside of those five, all other shows have 100/1 odds, so unless one of them rises in the ranks we will very likely be looking at a third nomination for the Pearson crew.

While the cast only received two years of love from their fellow actors, star Sterling K. Brown has been individually nominated every single year, suggesting that there is still some support for the show in the industry. What should also help bring the show back to the top drama race is the sheer amount of beloved series that aren’t in contention this year. Look no further than the 2021 lineup — “Better Call Saul,” “Bridgerton,” “The Crown” and “Ozark” did not air any new episodes in this eligibility window and won’t return in time to qualify, while “Lovecraft Country” was canceled.

“This Is Us” similarly benefited at the Emmys this year, returning to the Best Drama Series lineup for its fifth season after being snubbed the previous year for the first time. The show did not have to face heavy-hitters like 2020 champ “Succession,” “Better Call Saul,” “Ozark” and “Stranger Things,” which likely helped vault the series back into the field of eight with the TV academy. A SAG nomination should be a nice boost for “This Is Us” heading into its final season, which premieres on NBC in early 2022.