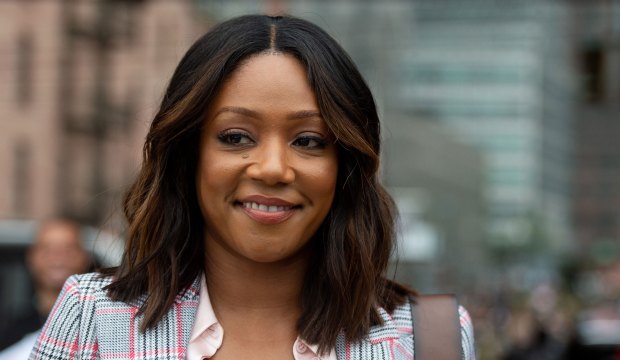 Another year, another chance for the Grammys to overlook a woman for Best Comedy Album. Tiffany Haddish is nominated for “Black Mitzvah.” It’s her first nomination in this category and her second overall following her Best Spoken Word Album bid for “The Last Black Unicorn” in 2019. But she’s the only woman nominated in the comedy category this year, and the Grammys have been shockingly stingy to women.

In the past 34 years, only one woman has taken home Best Comedy Album: Kathy Griffin in 2014 for “Calm Down Gurrl.” Before that only four other women prevailed: Jo Stafford (“Jonathan and Darlene Edwards in Paris,” 1961), Elaine May (“An Evening with Mike Nichols and Elaine May,” 1962), Lily Tomlin (“This is a Recording,” 1972) and Whoopi Goldberg (“Whoopi Goldberg: Original Broadway Show Recording,” 1986).

And it’s certainly not for a lack of female comedians producing albums. The last five years have included noms for Lisa Lampanelli, Margaret Cho, Tig Notaro, Amy Schumer, Sarah Silverman and Ellen DeGeneres. But awards in those years went to Louis C.K. (2016), Patton Oswalt (2017) and three in a row for Dave Chappelle (2018-2020). What’s more, the recording academy nominated only men in 2019, so there wasn’t even a chance for a woman to take the crown.

This year Haddish is up against first-time nominee Bill Burr (“Paper Tiger”), six-time nominee Jim Gaffigan (“The Pale Tourist”), aforementioned past winner Oswalt (“I Love Everything”) and three-time nominee Jerry Seinfeld (“23 Hours to Kill”). Luckily for Haddish, the undefeated Chappelle is absent from this lineup. Does that open the door for her to win, or will the recording academy continue to insist that women aren’t as funny as their male counterparts?