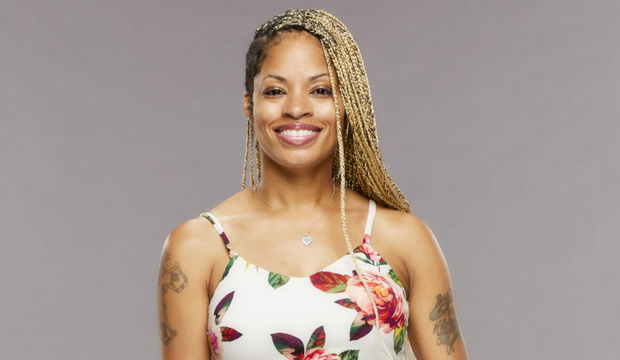 Every year, much is made about the ultimate winner of “Big Brother,” and for good reason as that person played a good enough game to claim the $750,000 grand prize (up from $5000,000). But there’s another reward that’s handed out every finale night that has us just as excited summer after summer: America’s Favorite Houseguest. This title comes with eternal bragging rights and a $50,000 check (up from $25,000). At the end of Wednesday’s two-night finale of “Big Brother 23,” host Julie Chen Moonves announced that the latest America’s Favorite Houseguest recipient was Tiffany Mitchell.

“Thank you, America!” Tiffany shouted after being hugged by all of her fellow competitors. “Hi, America. I love you guys. Thank you for giving me something.” When Julie asked if she had a message for her son at home, Tiffany jokingly replied, “Yes son, this money is all mine.” Julie revealed that Derek Xiao came in second place in the audience vote, just behind Tiffany.

Gold Derby readers actually predicted that Derek X, aka DX, aka Little D would be named America’s Favorite Houseguest. They made their predictions throughout the week for who they thought would receive this year’s honor and he had leading 63/100 odds. Rounding out our Top 4 predictions were Tiffany in second place (21/10 odds), Kyland Young in third place (37/1 odds) and Derek Frazier in fourth place (58/1 odds). The 12 other houseguests came in with lowly 100/1 odds, suggesting this was always a four-person race.

All of the contestants who took part in this 23rd season were eligible for the special prize, not just those who made it to the Final 2 or the jury. However, it’s always a hurdle for the early evictees to get support from fans as they’ve been off their TV screens for so long. That’s why most of the former America’s Favorite Houseguest recipients tend to be those that made it to the jury phase of the competition.

For a look back at all of the former fan favorites, scroll through our photo gallery below. Some of the notable names include Da’Vonne Rogers (Season 22), Nicole Anthony (Season 21), Tyler Crispen (Season 20), Keesha Smith (Season 10) and Janelle Pierzina (Season 7). The only player to win the fan-voted honor twice was Jeff Schroeder (Seasons 11 and 13).

“Big Brother 23” ended with Xavier Prather winning the grand prize of $750,000 and Derek F, his runner-up, claiming $75,000. See how it all went down by reading our minute-by-minute live blog. Are you happy with Xavier winning “BB23” and Tiffany being named America’s Favorite Houseguest? Sound off down in the comments section.