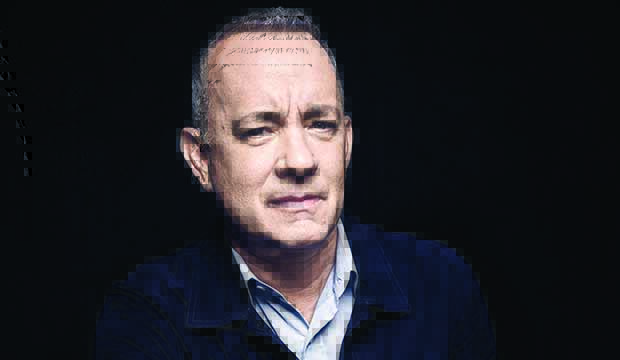 Tom Hanks is quietly devasting in “News of the World,” playing a character who can’t forgive himself for what he’s done in the past. It’s arguably his best performance as a lead actor since “Bridge of Spies” and continues a level of excellence that Hanks has reached consistently over decades as a Hollywood star.

But if recent Oscars history and the predictive indicators of Gold Derby Experts are any judges, Hanks will again be left outside the Best Actor race for the 20th year in a row.

Hanks was nominated last year in the Best Supporting Actor category for playing Fred Rogers in “A Beautiful Day in the Neighborhood.” It marked his first Oscar nomination in 19 years, following notable snubs in 2014 (for “Captain Phillips” and “Saving Mr. Banks”), 2016 (“Bridge of Spies”), 2017 (“Sully”), and 2018 (“The Post”). Prior to the lengthy drought, Hanks was a frequent academy favorite. From 1989 (when he received his first Best Actor nomination for “Big”) to 1999 (when he lost Best Actor to Roberto Benigni), Hanks received four nominations in 10 years and took home two statuettes. His final Best Actor nomination thus far came for “Cast Away” in 2001.

Why did the academy so steadfastly avoid Hanks for two decades before last year? As Indiewire’s editor-at-large Anne Thompson wrote in 2019, Hanks might have been a victim of his own success. The ‘90s run of Oscars glory — including wins for “Philadelphia” and “Forrest Gump” — allowed Oscar voters to take him for granted. That, plus an always welcome urge to bring fresh talent into the Oscars fold, often left Hanks on the sidelines. Take 2014, when Hanks was a presumed lock for a nomination thanks to his striking work in “Captain Phillips.” When the nominees were finally announced, however, he was snubbed in favor of Christian Bale (who received what was his first Best Actor nomination that year after winning Best Supporting Actor in 2011) and Chiwetel Ejiofor (a first-time Oscar nominee for “12 Years a Slave”), among others.

“Hanks has become something of an old shoe for Oscar voters,” one anonymous voter told Thompson. “He’d have to break out of his comfort zone in a major way to get Oscar traction again. The actors branch especially likes to reward those who take big chances or who are incredibly versatile. As good as Hanks is, you cannot say he’s got a wide range. He’s like Michael Douglas: terrific in both comedy and drama, but he’s always Michael Douglas.”

So what would need to happen for Hanks to challenge the 2021 Oscars contenders? A nomination at the Golden Globes might help. After all, he was honored at the ceremony last year with the Cecil B. DeMille Award and his acceptance speech was littered with reminders that Hanks is one of the most beloved actors in Hollywood. Hanks sits in sixth place in the Golden Globes rankings with 6/1 odds. Six Experts have him pegged for a nomination.

But Hanks’s best shot at a nomination is likely a wave of support for “News of the World” itself. With awards season still in relatively early days despite the calendar, and the Paul Greengrass film arriving to on-demand platforms this week after a brief theatrical run, there exists plenty of time for “News of the World” to become a serious contender. The lush Western should compete in a number of technical categories, including Best Cinematography (5/1 odds), Best Costume Design (9/1 odds), Best Editing (11/1 odds), and Best Production Design (6/1 odds), while Greengrass himself could land a nomination in the Best Director race. As more voters watch the film — and perhaps enjoy Hanks’s unexpected cameo in “Borat Subsequent Moviefilm” as an added bonus — maybe the longtime favorite will once again find himself back in the saddle for Best Actor.