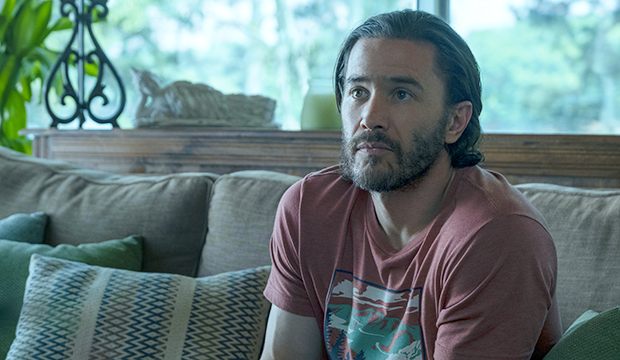 Following his crushing Emmy snub, “Ozark” Season 3 scene-stealer Tom Pelphrey was just snubbed again at the Golden Globe Awards, whose 2021 nominations were announced on Wednesday morning. This comes as the Netflix series earned its highest total to date, raking in noms for drama series and for Pelphrey’s co-stars Jason Bateman (drama actor), Julia Garner (supporting actress) and Laura Linney (drama actress). Its prior two citations were for Bateman in 2018 and ’19.

Pelphrey joined “Ozark’s” third season as Wendy’s (Linney) bipolar brother Ben Davis, who arrives in the Ozarks to visit his sister but quickly gets wrapped up in her and the Byrde family’s loyalty to the Navarro drug cartel — to his detriment. When Wendy recognizes the danger his instability poses to the safety of her family, she sees herself forced to take action, leading to Ben’s tragic demise.

Pelphrey is brilliant throughout the entire season, proving capable to switch from an expression of boundless fury to acute vulnerability within a matter of seconds, but also uniformly accentuating that most of his character’s irrational behavior is not within his control.

Since Ben bites the dust at the end of the season, this would have been Pelphrey’s only chance to snag a Globe nomination for this show. With that said, don’t give up hope just yet to see the actor recognized for this role. After receiving a Critics’ Choice Award bid for this show a few weeks ago, he’s now the early odds-on favorite to take home the statuette in the drama supporting actor category.

Plus, don’t be surprised to see him included in Thursday’s drama actor Screen Actors Guild Awards lineup, considering SAG-AFTRA has been here for “Ozark” since the get-go. As of this writing, he’s in eighth place in our guild odds for drama actor (note: SAG considers lead and supporting actors in the same category). What do you think of this shocking Golden Globes snub? Sound off down in the comments.