After winning two Daytime Emmys for “Guiding Light,” Tom Pelphrey seemed primed to scoop up his first Primetime Emmy bid for his memorable turn in “Ozark’s” third season, but he was cruelly left out of the TV academy’s drama supporting actor lineup. But don’t give up hope just yet, because the actor can turn his Emmy snub into a Critics’ Choice Award win on March 7.

Last year, “Fleabag’s” Andrew Scott pulled off this very feat after missing out on a comedy supporting actor Emmy nomination for his fan-favorite turn as Hot Priest. Unlike Pelphrey, who was expected to score an Emmy nom — he was in fourth place in our nomination odds — Scott was down in 11th place in 2019. Both men, however, fell victim to the unlimited slots on voters’ nominating ballots, which can make it more difficult for breakthrough performers to make the cut over their more well-known counterparts. But, like Scott last year, Pelphrey’s notorious snub could end up being a blessing in disguise.

The good news for Pelphrey is that of the eight men who beat him to an Emmy nomination not a single one is shortlisted alongside him at the Critics’ Choice TV Awards, paving the way for him to snag the gold. “Ozark” ties another Netflix series, “The Crown,” with a leading six nominations. Its other bids are: drama series, drama actor (Jason Bateman), drama actress (Laura Linney) and drama supporting actress (Julia Garner and Janet McTeer). This is a considerable uptick from its last showing in 2019 — which boasted just a single nomination for Garner — but hardly a surprising one, given that the series is coming off of 18 Emmy bids for its third installment — its best reviewed one to date.

Critics Choice Awards voters may also take into consideration that this is their only opportunity to acknowledge Pelphrey for this role, as his character Ben Davis tragically bit the dust at the end of the season. While “Ozark’s” third season was released way back in March, Pelphrey’s role in David Fincher’s Netflix film “Mank” could act as a perfect reminder of his earlier work this year. 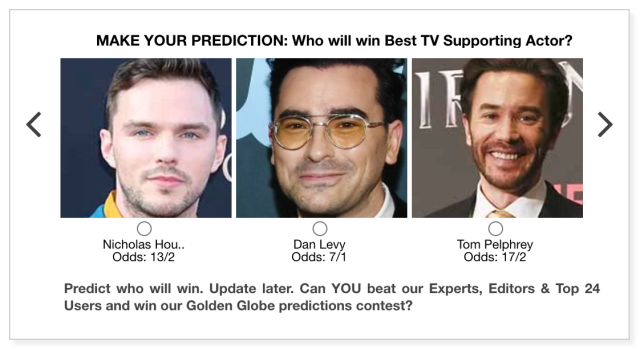