On Monday’s “Daily Show,” host Trevor Noah addressed America’s two latest incidences of police brutality against Black men, both of which occurred against the backdrop of the trial of Derek Chauvin for the murder of George Floyd. The first is the death of Daunte Wright, who was unarmed when he was shot during a traffic stop near Minneapolis on Saturday night by an officer who says she meant to use her Taser, not her gun; the other is Caron Nazario, an Army lieutenant who was in uniform when he was pepper-sprayed on video for no apparent reason during a traffic stop in Virginia. The officer who pepper-sprayed Lt. Nazario has since been fired.

“You have got to be f—ing kidding me,” Noah said of the shooting of Daunte Wright. “A man was killed at a traffic stop because the police officer mixed up their gun and their Taser? Is that even supposed to be a legitimate excuse? Like, we’re supposed to watch that and go, ‘Ah, okay. One time I used sugar instead of salt, so I can relate.’”

Noah said he understood that “tragic mistakes” will happen, but “maybe if the police weren’t so quick to draw any weapon, then maybe people wouldn’t die because of a mix-up from Officer Urkel over here.”

As for Lt. Nazario, Noah was appalled that he had his hands out of his car window, clearly not a threat, and was still pepper-sprayed and thrown on the ground by cops who were making horrible threats to him the whole time, like “You’re fixing to ride the lightning, son.”

“And how crazy is it that this driver — think about it — he knew to get to a gas station so that he would have decent lighting for the encounter,” Noah said. “Imagine. Just think about that for a moment: Police brutality has forced everyday Black Americans to become lighting experts.”

If a Black man in military uniform gets treated like this, what chance do Black civilians have to not get abused, Noah wondered. “I mean, at this point Black people should just start singing ‘The Star-Spangled Banner’ when they get pulled over,” he said. “Then maybe, just maybe, the cops will be like, ‘Well, I don’t want to pepper spray the anthem — what do I do?’”

Glenn Close: How long was each of her Oscar-nominated performances? 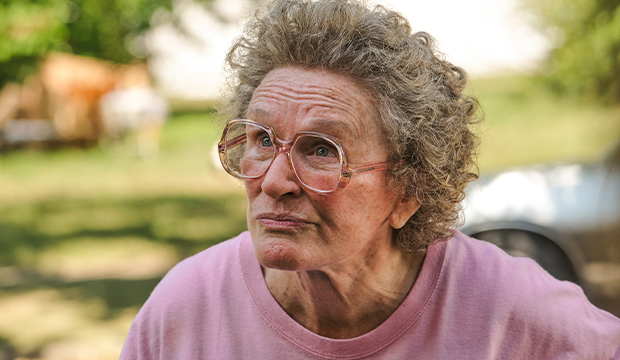