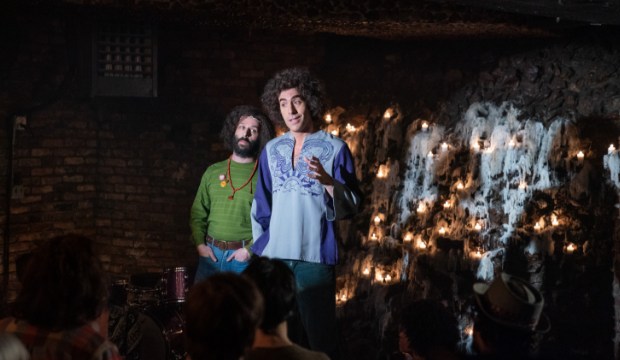 Back in 2017, shortly after the dust settled from the shocking snafu that briefly led to “La La Land” being awarded Best Picture at the Oscars over the actual winner, “Moonlight,” awards pundit Kyle Buchanan placed at least some credit for the critically acclaimed film’s upset win on the “current cultural moment.”

“While ‘La La Land’ provided an escapist alternative for industry figures who are still shell-shocked from another recent surprise win — the election of President Donald Trump over Hollywood’s favored candidate, Hillary Clinton — it was nominated for all those Oscars [a record 14 nominations] before Trump took office,” Buchanan wrote at Vulture. “By the time the final round of voting began on February 13, Trump had been president for weeks and his controversial executive orders had spurred worldwide demonstrations, the biggest of which took place in Los Angeles, the industry’s backyard. In that climate, a retro-leaning film stuck out like a sore thumb.”

To compete for Best Picture, a connection with real-world relevancy isn’t always necessary, but it surely doesn’t hurt. Since 2017, nominees such as “Moonlight,” “Hidden Figures,” “Three Billboards Outside Ebbing, Missouri,” “Get Out,” “Black Panther,” “Green Book” (the 2019 winner), “BlacKkKlansman,” “Joker,” and “Parasite” (the 2020 winner) could all make claims to being about something timely and urgent, no matter the setting. This year’s crop of contenders is no different: “Nomadland” (7/1 odds), “Ma Rainey’s Black Bottom” (8/1 odds), “One Night in Miami” (9/1 odds), “Minari” (21/2 odds), “News of the World” (15/1 odds), “Da 5 Bloods” (16/1 odds), and “Promising Young Woman” (25/1 odds) each grapple in ways big and small with the headlines of the last year, from systemic racism to immigration to rape culture to economic inequality to the dangers of misinformation and polarization.

But one contender might be better positioned than the others to assert itself as a statement choice, like “Moonlight,” “Green Book,” and “Parasite” before: “The Trial of the Chicago 7” (8/1 odds).

SEE How many Best Supporting Actor nominations will “The Trial of the Chicago 7” get?

Written and directed by Aaron Sorkin, the Netflix film is about the landmark federal case that put leading progressives activists like Abbie Hoffman (Sacha Baron Cohen) and Tom Hayden (Eddie Redmayne) on trial for conspiracy charges stemming from protests at the 1968 Democratic National Convention in Chicago that turned violent in the wake of police escalation. Sorkin first wrote the script years ago for Steven Spielberg to direct, but the project never came together until Trump ran for president.

If only he knew at the time — especially after President Trump inspired a failed insurrection on the Capitol last week, an authoritarian spectacle it’s easy to imagine the Republican lawmakers in “The Trial of the Chicago 7” would have endorsed.

There are, of course, other reasons “The Trial of the Chicago 7” could break free from the pack of Best Picture contenders beyond its place in the zeitgeist. Its massive ensemble is filled with actors who span generations, from past Oscar-winners like Mark Rylance and Redmayne to veteran former nominees like Frank Langella and Michael Keaton to blockbuster superstars like Cohen and Joseph Gordon-Levitt to rising stars such as Emmy winners Yahya Abdul-Mateen II and Jeremy Strong. The strength of the cast is why “Chicago 7” is an overwhelming favorite among Gold Derby Experts to win Best Ensemble at the Screen Actors Guild Awards — and while that honor is far from a reliable precursor for Best Picture success, support from the academy’s largest branch could only be seen as a positive.

Then there is its release: Originally set to debut in theaters through distribution from Paramount, “The Trial of the Chicago 7” was sold to Netflix during the pandemic in an effort to get the project in front of as many viewers as possible before the presidential election.

It’s a bit of a galaxy brain premise, but if there is an underlying reluctance to reward Netflix with Best Picture (last year the streaming giant led all studios with 24 nominations but only won two awards), perhaps “The Trial of the Chicago 7” is the compromise that pushes the platform to the winner’s circle: a movie shepherded by former Netflix antagonist Spielberg and produced under the watchful eye of a legendary production company in Paramount (11 Best Picture winners) but released by the streaming company to maximize its viewership potential.

“We’re able to come out when we were scheduled to come out because of Netflix,” Sorkin told Deadline last year. He called the streaming platform a “lifeboat coming along, that has luxury cabins and a buffet.”

But in the end, “The Trial of the Chicago 7” could wind up winning Best Picture simply because of the feeling with which it leaves viewers. “It would have been great to share that rousing, stand-up-and-cheer ending with a packed movie theater audience,” Deadline awards expert Pete Hammond wrote in October. “As it is, I got to stand up from my couch, but it still had impact.”

“The Trial of the Chicago 7” concludes with a show of defiance and a message of hope that even during the darkest times, there will be those brave enough to stand against oppression. “The whole world is watching,” the crowd chants as Sorkin’s movie cuts to black. Come March, the rallying cry could become a reality.