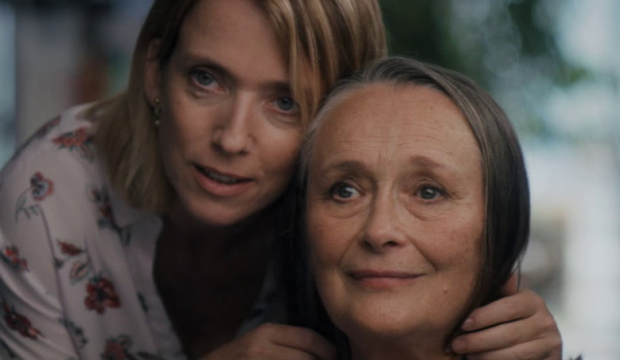 France is the most nominated country when it comes to the Oscar for Best International Feature. This year they hope to earn their 41st nomination with “Two of Us,” a remarkable debut feature by Filippo Meneghetti about the love between two elderly female neighbors. A nomination this year would extend the lead France has over Italy (31 nominations) and Spain (20 nominations), neither of which have a film still in the running this cycle.

In “Two of Us,” Meneghetti slowly unveils a deeply passionate and love secretly held for decades between Nina (Barbara Sukowa) and Madeleine (Martine Chevallier). The film is an acting showcase for Sukowa and Chevallier who were both nominated for Best Actress at France’s César Awards this year.

“Two of Us” has already notched nominations at the Golden Globes and Critics Choice Awards. Based on this consistent presence through the season so far and a staggering 40 of 67 submitted films from France nominated by the academy, it’s no surprise that “Two of Us” is being predicted by 19 expert journalists for a nomination.

The film currently holds a score of 82 on Metacritic and is certified fresh at 97% on Rotten Tomatoes. Caroline Siede of AV Club calls it a “tonally unpredictable romance that surprises until its very last shot” in what she calls an “impressively confident debut” for Meneghetti. For the Globe and Mail review, Anne T. Donahue says “Two of Us is an incredible exploration of what it means to love and be loved in return” and that Sukowa delivers a “passionate and remarkable performance.”

As a small scale film that takes place mostly within the confines of the two women’s apartment building, “Two of Us” is just as intimately designed as the 2013 winner “Amour.” That makes it different from the large ensemble cast of “Parasite” and the sprawling Mexico City milieu of “Roma,” but no less likely to be nominated.