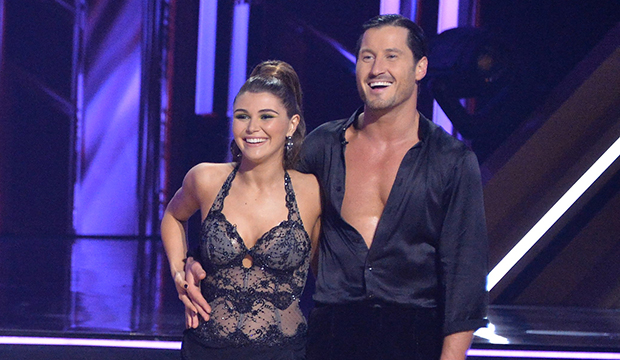 You have just seen Val Chmerkovskiy‘s last dance. The longtime pro is “probably” done with “Dancing with the Stars” following his Season 30 elimination, he told “Entertainment Tonight.”

Chermkovskiy and Olivia Jade were the first of two couples eliminated on Monday’s Janet Jackson Night after they received the lowest combined total of scores and votes. The pair, who had the fourth highest average score of the season, earned a 36 for their Argentine tango, their final individual routine. In their rumba dance-off, they faced Chmerkovskiy’s wife Jenna Johnson and her partner JoJo Siwa, with Carrie Ann Inaba awarding the two bonus points to Johnson and Siwa.

A 17-time pro, the 35-year-old made several appearances on “Dancing” during his older Maksim Chmerkovskiy‘s tenure before making his own pro debut in Season 13 in 2011 with partner Elisabetta Canalis; they were eliminated second. He won Season 20 in 2015 with Rumer Willis and Season 23 in 2016 with Laurie Hernandez. Chmerkovskiy also has a second place finish with Zendaya in Season 16 in 2013 and four third place finishes with Kelly Monaco (Season 15), Janel Parrish (Season 19), Ginger Zee (Season 22) and Normani Kordei (Season 24).

Asked if there was anything that would make him stay on the show, Chmerkovskiy demurred. “Life is dynamic,” he said. “There’s no burned bridges, there’s nothing but gratitude, again, with the production, with the show. I hope I’ve served the show and this show has definitely changed my life, so it’s mutually love and we’ll see what happens in the future.”

And despite not hanging up his “Dancing” shoes with a third Mirrorball trophy, Chmerkovskiy is grateful to have made it to Week 8 with Jade. “It was good. We were facing some tough competition but we gave it our all,” he stated. “It’s been the furthest I’ve gone in, I think, four years, which is so exciting. But again, I’m bummed, sad because I don’t get to spend every day with this young lady. I mean, she’s extraordinary. She’s wonderful. She’s a perfect teammate, perfect student, so I had a blast teaching her how to dance and I had a blast dancing this season.”