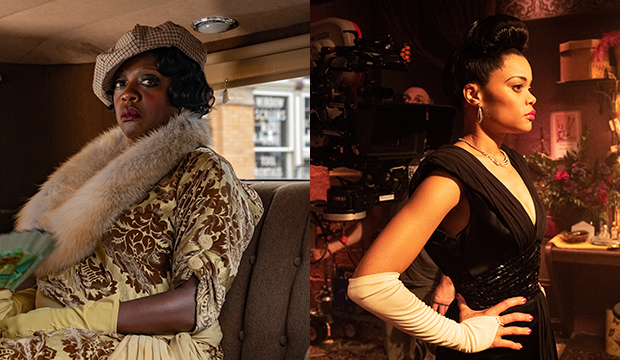 Nominations for the 93rd Academy Awards were announced on Monday, and for just the second time in the history of the awards multiple women of color were nominated for Best Actress in the same year. Viola Davis earned her fourth Oscar nomination, this time for her performance in the Netflix film “Ma Rainey’s Black Bottom,” in which she played the famous blues singer of the title. Meanwhile, Andra Day, coming off her surprising win at the Golden Globes in February, received a nomination for her performance in “The United States vs. Billie Holiday.”

The first and sadly last time two women of color were nominated in the category at the same time was a shocking 48 years ago, in 1973, when Cicely Tyson and Diana Ross were nominated alongside one another. Tyson was up for her performance as Rebecca Morgan in the movie “Sounder,” while Ross, like Day, was nominated for portraying Billie Holiday, this time in the film “Lady Sings the Blues.” Ross’ nomination also marked the first time a Black woman had received an Oscar nomination for her debut film (“The United States vs. Billie Holiday” is Day’s film debut in a leading role as well). Unfortunately, neither Tyson nor Ross walked away a winner that year — Liza Minnelli took home the award for “Cabaret — and it wasn’t until 2002, when Halle Berry triumphed over the competition with her excellent performance in “Monster’s Ball,” that a Black woman won the Oscar for Best Actress.

Heading into the nominations on Monday, Davis was in second place in Gold Derby’s odds, right behind Carey Mulligan (“Promising Young Woman”), who was also nominated; Frances McDormand (“Nomadland”) is the other nominee. Day was sitting in fourth place. But should Davis, now the most nominated Black actress, win when the Oscars are handed out on Sunday, April 25, it will be her second Oscar, and first for Best Actress, which would make her the first Black actress to win multiple Oscars. After being nominated for Best Supporting Actress for “Doubt” (2008) and Best Actress for “The Help” (2011), Davis took home the award for Best Supporting Actress in 2017 for her performance in “Fences,” which, like “Ma Rainey,” was based on the play by August Wilson. In 2010, Davis won the Tony Award for Best Leading Actress in a Play for the same role. This is Day’s first Oscar nomination and would be her first win.

In total, only 13 Black women have ever been nominated for Best Actress at the Oscars, and only one has ever walked away a winner. The supporting actress category has fared slightly better, with 21 actresses receiving nominations and eight triumphing. But when viewed as a whole, the academy still has a lot of work to do in terms of improving diversity and representation. Hopefully this year, with two women of color receiving Best Actress nominations, can mark the beginning of a new trend.