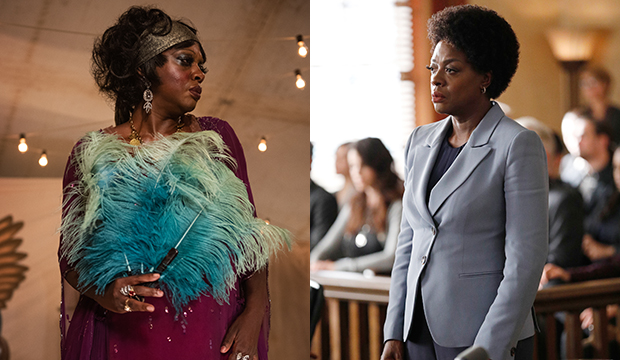 You’d call it crazy; she’d call it winning: Viola Davis could get away with not one but two individual Screen Actors Guild Award nominations, for Netflix’s “Ma Rainey’s Black Bottom” and ABC’s “How to Get Away with Murder.” And should she pull this off, she’d join an elite group of actors who scored dual individual noms for a film and a regular TV series in the same year.

Davis was close to joining the ranks in 2017 with potential bids for “Fences” (2016) and “Murder,” but she ended up making the cut (and winning) only for the former, in supporting actress, despite being the two-time reigning TV drama actress champ (2015-16) for the latter.

If she does it this year, she’d be the first actor to do it without being shortlisted for the series in contention the year before (of note: Smith was nominated in limited series/TV movie actress for “Downton Abbey’s” debut season). It’s not that easy, however, to make a comeback for your show after you’ve been dropped at the SAG Awards. The last person to pull this off was Julianna Margulies for “The Good Wife” in 2015 — but after missing out just once for her show in ’14. Davis, in contrast, was last nominated for “Murder” five years ago in 2016, when she bagged her second victory for it.

Davis also hasn’t been nominated at the SAG Awards at all since her “Fences” triumph. Returning after such a long hiatus with film and TV bids would be unprecedented, but “Ma Rainey” could help Davis accomplish this feat. A stage-to-screen adaptation of August Wilson‘s 1984 play of the same name, the movie, which was released on Dec. 18, features the actress in a transformative turn in the titular role of Ma Rainey, the iconic “Mother of the Blues,” who arrives late to a recording session of her album in 1927 Chicago and engages in a clash of wills with her white manager and producer over control of her music. Davis is all but assured a nomination, according to our odds, which have her out in front for lead actress.

Also a supporting actress nominee for “Doubt” (2008) and a lead actress winner for “The Help” (2011), Davis has a near rock-solid track record at the SAG Awards, having parlayed four of her five total individual noms into victories. She has three additional bids as part of the “Doubt,” “The Help,” and “Fences” ensembles — winning as part of “The Help’s” — and is expected to pile on a fourth one with “Ma Rainey,” which currently sits in second place in our film ensemble odds. Both collective goodwill and support for her work in “Ma Rainey” could spill over into the TV drama actress category and help bring her back into the fold for “Murder.”

For “Murder,” she’s in 10th place in our odds, which forecast a TV drama actress lineup composed of Netflix ladies: “Ozark’s” Laura Linney (No. 1) and Julia Garner (No. 4), and “The Crown’s” Olivia Colman (No. 2), Gillian Anderson (No. 3) and Emma Corrin (No. 5) — which could be good news for Davis. Members of the SAG Awards nominating committee can only select five nominees per category, which can pose a challenge for competing co-stars as they risk splitting the vote. Hence, Davis, who has never been shortlisted alongside any of her female “Murder” co-stars, could capitalize on potential vote-splitting between the women of “Ozark” and “The Crown” (for which last year’s nominee Helena Bonham Carter — who’s in sixth — also competes), respectively, and launch into the top five.

The first group to reward her for “Murder,” the SAG Awards might also just want to bookend her run with a farewell bid, as the show capped off its six-season run in May. Despite not landing an Emmy nom for the final season, Davis could (and should) be recognized by her peers alone for her killer three-minute monologue — her character Annalise’s closing argument in her murder trial — in the show’s series finale. Actors love a good speech, but this one is rid of the usual courtroom theatricality and instead features an honest outpouring of raw emotions from Davis, whose collective achievement on this show voters might want to honor. 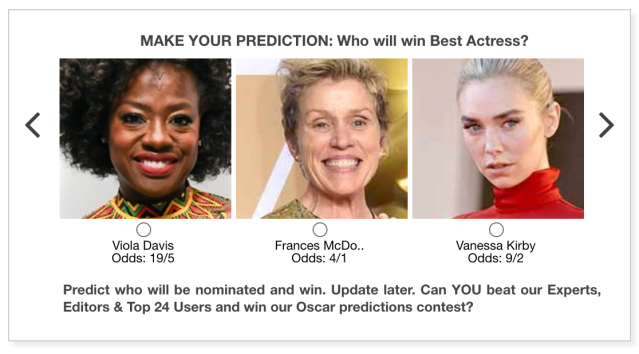