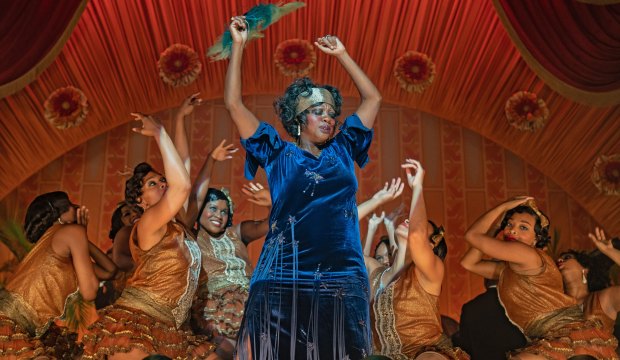 In “Ma Rainey’s Black Bottom,” Viola Davis transforms into the title character, the real-life blues singer who was a pioneer for Black musicians in the early 20th century. “As soon as I put on all that padding, I was switching my hips, I was showing my boobage, I felt like the sexiest woman in the world,” the actress explained during a Q&A after a virtual AFI screening of the film on November 14. “Because in my world, in my life, all the women who were bigger were the most beautiful women to me.”

“Black Bottom” is based on a play written by August Wilson, whose writing has already won Davis two Tonys (“King Hedley II” and “Fences“) and an Oscar (the “Fences” film adaptation). His depiction of Ma Rainey, adapted for the screen by Ruben Santiago-Hudson, gives her agency and sexuality that have often been denied to Black women in film. “If I may be so bold to say, when white people get a hold of our narratives then it’s told through a filter and a white gaze,” Davis argued. “And all of a sudden, all those things that we have such pride and control in become something else.”

Through the character of Levee (Chadwick Boseman), the film also explores religious faith (or lack thereof) in the African-American community with uncommon complexity. “I’ve been in a lot of movies with church scenes,” she said of the familiar trope of the unquestioning faith of Black characters suffering through trauma and injustice. “All of that has a foundation of dehumanization and racism, which is the understanding that we get over things really fast … ‘She’ll be alright, she’ll cry for two minutes and she’ll get over that’ — literally, that’s a part of racism.”

But what about people whose struggles lead them to question their faith, or reject it outright? “I do not know any human being that has gone through any tragedy that doesn’t question their faith in God. Where was He?” Davis said. “I love that August put that in because what you cannot deny is our pain and the depth of it and how it affects us.”