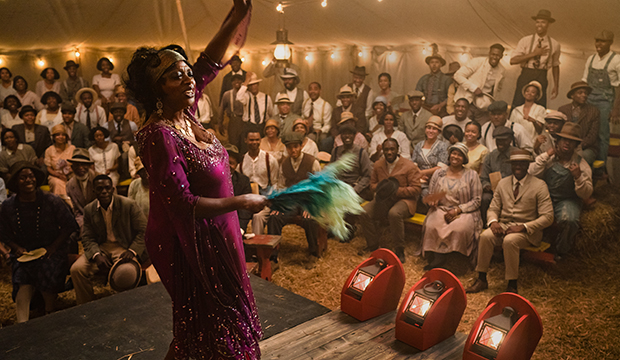 Now that’s how you get away with making history. After earning her fourth career nomination in Best Actress for Netflix’s “Ma Rainey’s Black Bottom” on Monday morning, Viola Davis is now the most nominated Black actress in Oscar history.

Up until now, Davis had shared that title with Octavia Spencer, who triumphed for “The Help” (2011) in Best Supporting Actress and received two additional noms in that same category for “Hidden Figures” (2016) and “The Shape of Water” (2017). The only other Black actress to have bagged more than one acting bid is Whoopi Goldberg, who was shortlisted for her lead performance in “The Color Purple” (1985) and won for her supporting role in “Ghost” (1990).

This is the second time Davis has earned a bid with a film adaptation of an August Wilson play, having triumphed for the 2016 adaptation of the playwright’s “Fences” in Best Supporting Actress. She earned her other two nominations in this category for “Doubt” (2008) — which is also based on a play — and in lead for “The Help.”

In “Ma Rainey’s Black Bottom,” which is based on Wilson’s 1982 play of the same name, Davis takes on the role of the titular real-life blues singer, who turns up late to a recording session of her album in 1927 Chicago and clashes with her White executives and her hot-headed trumpeter Levee (Chadwick Boseman). As the so-called “Mother of the Blues,” Davis gives a bravura performance, drenched in sweat and caked in greasy-looking makeup while she belts out rich, soulful music and wields her power over her band and music producers.

In Best Actress, she is up against Andra Day (“The United States vs. Billie Holiday”), Vanessa Kirby (“Pieces of a Woman”), Frances McDormand (“Nomadland”) and Carey Mulligan (“Promising Young Woman”). Davis and Day are just the second pair of Black actresses to be nominated in this category after Diana Ross (“Lady Sings the Blues”) — who, like Day, contended for playing jazz icon Billie Holiday — and Cicely Tyson (“Sounder”) were the first to do so in 1973.

PREDICTthe 2021 Oscar winners through April 25
SAG Awards odds for Best TV Drama Ensemble
Can 'The Crown' make it two in a row?