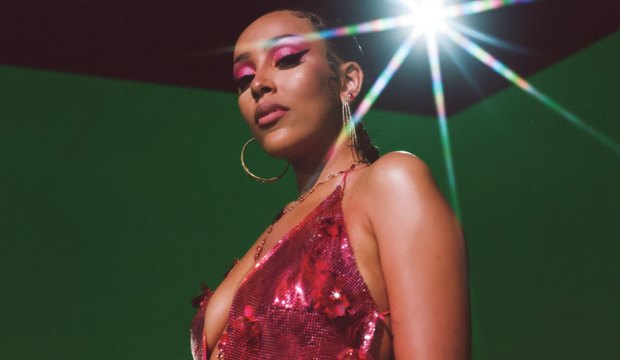 On August 25 MTV announced the host for the 2021 Video Music Awards: singer Doja Cat revealed on Instagram that she landed the gig, so she’ll be presiding over the event on Sunday night, September 12, at the Barclays Center in Brooklyn, New York. Which means she’s going to be very, very busy that night. Scroll down for her Instagram post.

Doja Cat was already announced as a performer at the event, so she’ll have that on her plate. And she’s also nominated for five awards: Video of the Year and Best Collaboration for “Kiss Me More” with SZA, Best Art Direction for “Best Friend” with Saweetie, Best Visual Effects for “You Right” with The Weeknd, and Artist of the Year for her body of work this past year.

Since the VMAs are voted on by fans (except for her Art Direction and Visual Effects nominations, which are decided by music professionals), the announcement that she’ll be the emcee for the event can only help raise her profile with fans. Though she has already proved her popularity, winning Best New Artist at the VMAs last year.

This isn’t the first time a music star has hosted the VMAs. Though the gig has often gone to comedians like Arsenio Hall, Chris Rock, Jimmy Fallon, and Chelsea Handler over the years, Sean Combs took the reins in 2005, while Miley Cyrus hosted in 2015 and Katy Perry took the stage in 2017. Doja Cat, however, has the chance to be the first artist to win Video of the Year while hosting. So we might be seeing her onstage even more by the end of the night.