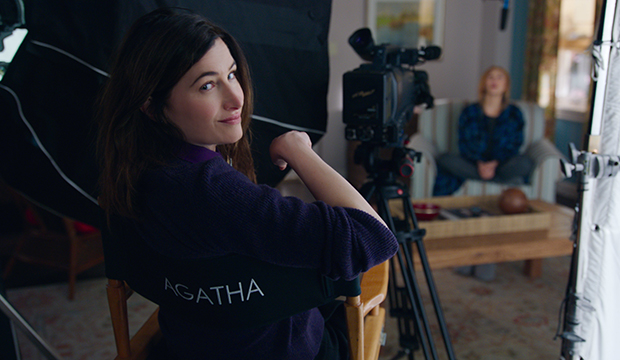 “WandaVision” defied expectations from the moment it hit Disney+ in mid-January. A high-concept series that used the classic sitcom format to tell a powerful and emotionally resonant story about trauma and grief, the show was well received by critics and fans alike. And now the series, which was created by Jac Schaeffer and stars Elizabeth Olsen and Paul Bettany, could very well become the first Marvel series to receive major attention from Emmy voters.

In the crowded Best Limited Series race, “WandaVision” is currently fourth with 11/2 odds. It’s behind Golden Globe and Critics Choice winner “The Queen’s Gambit” (10/3 odds), which is definitely the show to beat for now, as well as HBO’s “I May Destroy You” (4/1 odds) and Amazon Prime’s “Small Axe” (9/2 odds). Rounding out the top five is Barry Jenkins’ yet-to-be-released adaptation of Colson Whitehead’s “The Underground Railroad” (7/1 odds), which hits Amazon on May 14.

Meanwhile, Olsen, who received praise for her performance throughout the series’ nine-episode run — with many critics singling out the way she was able to powerfully and effectively convey the depth of Wanda’s grief and loneliness after losing her parents, her brother (Aaron Taylor-Johnson) and Vision — is in fourth place in the stacked limited series actress contest. Ahead of her are Golden Globe and Critics Choice winner Anya Taylor-Joy (“The Queen’s Gambit”), Michaela Coel (“I May Destroy You”) and Cynthia Erivo (“Genius: Aretha”), while Nicole Kidman (“The Undoing”) is sitting right behind her in fifth.

Bettany is faring a bit better in the lead actor race, sitting in third place after Ethan Hawke of Showtime’s “The Good Lord Bird” and Hugh Grant of “The Undoing.” Both have underperformed thus far this awards season as Bettany’s Marvel co-star Mark Ruffalo nabbed the Golden Globe for HBO’s “I Know This Much Is True” and John Boyega claimed the Critics Choice Award for “Small Axe.” But Ruffalo isn’t eligible for the Emmys this year (he already won last year), while Boyega, who stars in one episode of Steve McQueen‘s anthology series, will compete in supporting at the Emmys (he’s first in those odds), so it’s possible that Hawke or Grant could persevere as the Emmys get closer. However, with “WandaVision” having aired more recently than either series, it is no doubt fresher in voters’ minds, so it wouldn’t be surprising if Bettany were able to overtake at least the latter in the odds.

Bettany is also in contention in this category for his Amazon film “Uncle Frank,” and while he’s not expected to be competitive with the road movie in which he plays the title character, a gay man who revisits his past (he’s in 14th place), having a drastically different performance could help his chances for the more high-profile “WandaVision” rather than cause a vote-split. Sitting behind Bettany in fourth and fifth place are Lin-Manuel Miranda (“Hamilton”) and Jeff Daniels (“The Comey Rule”), the latter of whom is known to be well liked by Emmy voters, having been nominated five times and won twice (“The Newsroom” and “Godless”). It’s going to be a tough race, is what I am saying.

One person who isn’t shaking in their caped costume right now is Hahn. The universally beloved scene-stealer is in second place in the Best TV Movie/Limited Series Supporting Actress race behind only Marielle Heller of “The Queen’s Gambit.” And to be honest, the fact that Hahn is only in second right now is a bit surprising; Heller has only been nominated once for her performance as Alma Wheatley, Beth Harmon’s (Taylor-Joy) adoptive mother in Netflix’s chess-centric limited series, and she lost the Critics Choice Award to Emmy champ Uzo Aduba of “Mrs. America.” Basically, don’t be surprised if Hahn, a former nominee for “Transparent,” overtakes her for the top spot before too long. Trailing them are Letitia Wright (“Small Axe”), Renee Elise Goldsberry (“Hamilton”), Weruche Opia (“I May Destroy You”) and Hahn’s “WandaVision” co-star Teyonah Parris.

Obviously there is a lot of time left until the Emmys’ eligibility window closes at the end of May, and then even more time until voting is completed. The limited series categories are easily the most competitive after a TV season that was heavily affected by the pandemic, so it’s going to be a tough race for everyone involved. But even though the road seems long right now, it also seems reasonable to believe that “WandaVision” will continue to do well in the odds— as long as Marvel’s new limited series, “The Falcon and The Winter Soldier,” which premieres Friday, doesn’t somehow steal its thunder, of course.