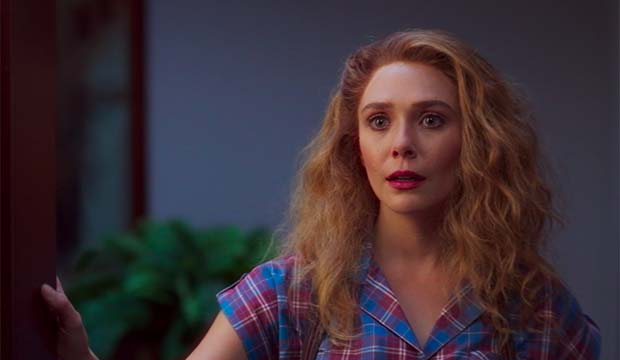 After breaking from sitcom form last week to formally introduce S.W.O.R.D. and reveal what was going on outside of the Westview anomaly, “WandaVision” blurred the lines between ‘80s sitcom and MCU drama this week in “On a Very Special Episode…” The outing, which features perhaps the show’s best opening credits sequence yet — the images of Vision (Paul Bettany) through the years was actually laugh-out-loud funny — also finds the twins aging themselves up whenever the moment suits them and Vision finally coming to understand some of what Wanda (Elizabeth Olsen) has done to give them an idyllic suburban life together (though he still isn’t aware he’s a resurrected corpse).

Meanwhile, outside of the energy field, Agent Woo (Randall Park), Darcy (Kat Dennings) and Monica (Teyonah Parris) are still trying to figure out how Wanda is managing to control everyone and everything inside the anomaly, which Darcy has labeled the Hex because of its shape. In a great bit of meta-commentary, Monica points out that Wanda is so powerful she “could have taken out Thanos (Josh Brolin) on her own” and “nobody else came close,” to which Woo argues that Captain Marvel (Brie Larson) actually came pretty close too. It was both a reminder of Monica’s close connection to the latter woman and also a self-aware comment about the knots Marvel had to twist itself into in order to give Tony Stark (Robert Downey Jr.) his big moment in “Avengers: Endgame” (2019).

But the show slipping between the events of the outside world and Wanda’s ‘80s sitcom reality, which features a storyline involving the twins learning a very special lesson about life and death after taking in a new puppy, aren’t the only lines being blurred this week. In the wake of Vision confronting Wanda about controlling the people of Westview — which he realizes doesn’t include any children other than their own — the show within the show introduces, seemingly without Wanda’s control, Evan Peters’ Quicksilver from “X-Men: Days of Future Past” (2014) and “X-Men: Apocalypse” (2016). In yet another nod to sitcoms of the past, Darcy jokes that Wanda has “recast Pietro” since the character is not being portrayed by the MCU’s Aaron Taylor-Johnson, but could it be more than that? 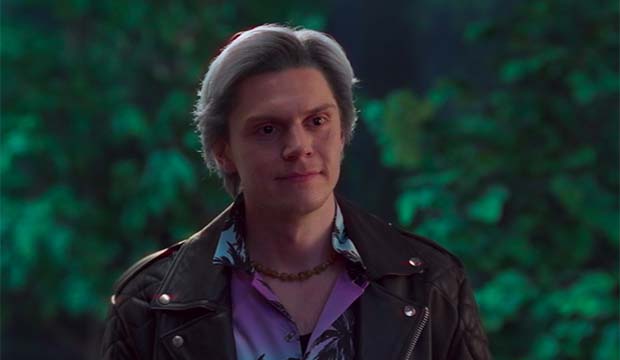 Is the MCU finally introducing the X-Men?

Ever since Disney purchased 20th Century Fox in 2019 and gained control over properties like the X-Men and the Fantastic Four, it was a matter of when, not if, Marvel would bring them into the fold. Kevin Feige has already announced a new Fantastic Four movie, but nothing has been said yet regarding the arrival of the X-Men, and perhaps this is why: “WandaVision” is introducing them now rather than Marvel doing so later on in their own film.

Now this is where it gets a little bit tricky: Wanda and Pietro Maximoff have powers in the comics because they are mutants, so the MCU had to bend over backwards when introducing the characters in “Avengers: Age of Ultron” (2015). As the episode reminds us, they received their powers via HYDRA experiments with the Mind Stone, the very Infinity Stone that gave Vision life. With the introduction of Peters’ Pietro, it appears that Marvel may finally be bringing in mutants as a whole new set of characters with whom to play. But how is this even possible? Enter the multiverse.

We know “WandaVision” is going to lead into “Doctor Strange in the Multiverse of Madness” (2022) and that Olsen is starring in the film alongside Benedict Cumberbatch. We also know that it will likely play into the third as-yet-untitled Spider-Man film, which will debut later this year. If all the casting rumors for the movie are to be believed, it could feature everyone who has ever appeared in a Marvel film in the last two decades. Basically, the multiverse is coming to the MCU very, very soon. And Peters’ version of Pietro could be the beginning of the walls between different realities breaking down.

New episodes of “WandaVision” are released Fridays on Disney+.