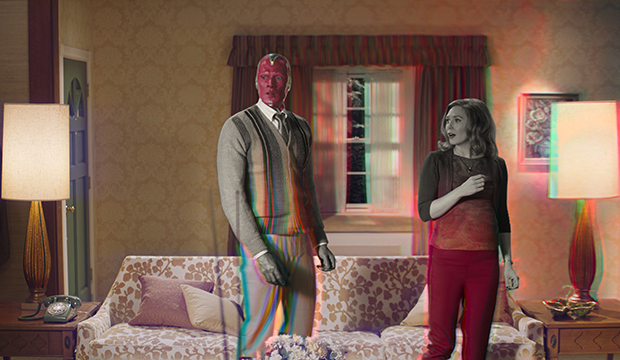 “WandaVision” is the most nominated TV program of the year at the MTV Movie and TV Awards with five bids, so does that mean it will be the biggest winner? Not necessarily. Fans didn’t have any input into the nominations, though they will be deciding the winners online. Still, “WandaVision” generated plenty of audience enthusiasm as it aired from January 15 to March 5 on Disney+, and it’s an extension of the Marvel Cinematic Universe, which has done very well at these awards over the years.

The MCU has won Best Movie three times, for “The Avengers” (2013), “Black Panther” (2018), and “Avengers: Endgame” (2019). And that’s just the tip of the iceberg: the MCU’s victories also include one for Best Performance in a Movie, three for Best Villain, two for Best Hero, and two for Best Fight. Now Marvel’s on TV. They’ve been there before — Netflix’s “Daredevil,” “Jessica Jones,” and “Luke Cage,” for instance — but those were spinoffs that didn’t directly intersect with the ongoing cinematic storylines. “WandaVision” is the first series that does, and it’s the launch of Phase Four of the MCU.

The fact that “WandaVision” aired so recently can’t hurt with fan voters since passion for the series is still fresh. And according to the early predictions of Gold Derby users, that will indeed pay off with a victory for Best Show. It’s backed by 18 of our Top 24 Users who got the highest scores predicting the last MTV Movie and TV Awards, and 17 of the All-Star Top 24 who had the best predictions when you combine the results from the last two ceremonies. Though it will need to watch out for another wildly popular breakout hit, “Bridgerton.” Do you agree that the superheroes have the edge over London’s high society?