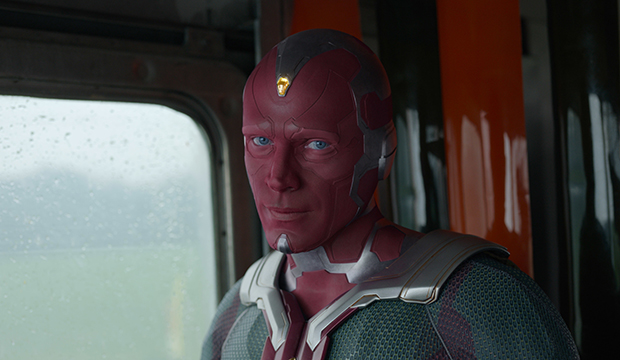 When news first broke in 2018 that Marvel was developing multiple TV shows that would air on Disney+ and tie directly into the popular films of the Marvel Cinematic Universe, the shows were described as being limited series. So far, the actors involved in these projects, including Elizabeth Olsen of the acclaimed “WandaVision,” have dodged questions about whether or not the shows might eventually continue. Now Kevin Feige, the president of Marvel Studios and Marvel’s chief creative officer, has revealed that the company is actively developing some of its upcoming Disney+ shows to run for multiple seasons, but that the decision to do so will always be dictated by the story.

“The fun of the MCU is obviously all of the crossover that we can do between series, between films,” Feige told reporters Wednesday during a digital press conference as part of the Television Critics Association winter press tour. “[The crossovers] will always vary based on the story; sometimes [a show will] go into a Season 2, sometimes it will go into a feature and then back into a series,” he explained, noting that Olsen, as previously announced, will be joining Benedict Cumberbatch in the new Doctor Strange film while the character of Ms. Marvel (Iman Vellani) will appear in the second Captain Marvel film after making her Marvel debut on Disney+. “But sometimes, and [this is] yet to be announced, but we are thinking of and planning second seasons for some of the upcoming series.”

Feige didn’t name any names except to say that Marvel is keeping in mind an ongoing narrative structure for some of its shows that are about to go into production, which includes “She-Hulk” and “Moon Knight.” There’s also heavy suspicion surrounding “Loki,” which will debut on June 11, as being one of those shows that could run multiple seasons. And it makes sense — Tom Hiddleston clearly loves playing the God of Mischief and will probably do it for as long as Marvel will let him. But the character’s timeline also now exists outside the rest of the MCU after the events of “Avengers: Endgame” (2019), which makes it much easier for the show to continue than say, “WandaVision,” which is setting Wanda up for something huge and also stars a character (Paul Bettany’s Vision) who died in “Avengers: Infinity War” (2018).

According to Feige, Marvel is approaching all of its Disney+ shows in the same manner it approaches its films. “When we start with a movie, we hope there’s a part two, we hope there’s a part three, but we aren’t factoring that into the part one,” he said. “We are trying to make something that hooks people enough and that people enjoy enough and want to revisit enough that they want to see the story continue. So that is the way that we’re proceeding on television as well.”

“That is part of the fun, exciting, adrenaline-boosting creativity that we’re able to do thanks to Disney+,” he continued. “[We can] really figure out new ways of storytelling and new ways of telling our stories. Perhaps some day we’ll chart out five seasons of a show, but really we’re focusing on delivering the best seasons we can, one at a time.”

While the prospect of a multi-season Marvel show following fan-favorite characters from the films is exciting, it could eventually complicate things for Marvel come awards time. Right now “WandaVision” is set to compete in limited series at the Primetime Emmy Awards, and it’s a strong contender to earn some acting noms, especially for scene-stealer Kathryn Hahn in the supporting actress category. But it remains to be seen whether or not something like “The Falcon and the Winter Soldier,” which debuts March 19 and is a lot more action-focused than “WandaVision,” could be competitive in limited series, let alone the larger drama race should it one day return for a second season.

That’s not to say that the superhero series couldn’t break through into the drama field, of course — ”The Mandalorian” has already received Best Drama Series bids at the Emmys and the Golden Globes, so there’s no reason to assume its Marvel siblings can’t follow in its footsteps — but it’s obviously something to consider. Luckily we won’t have to worry about Marvel’s drama or comedy series chances for a while. As it stands only “WandaVision” and “The Falcon and the Winter Soldier” will be eligible for this year’s Primetime Emmy Awards after “Loki” was pushed from May to June, which means it’ll miss the May 31 eligibility deadline. And we haven’t even seen what “The Falcon and The Winter Soldier” can do yet, so at this point all that really matters is that we sit back and enjoy the non-stop Marvel entertainment Disney+ is shoveling into our eyeballs after going a year without it.