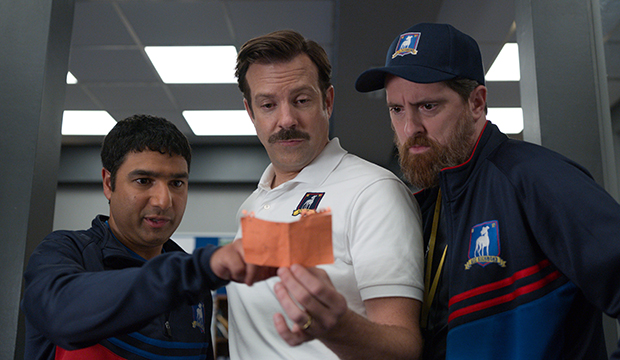 Gold Derby can exclusively reveal all the episodes being entered for “Ted Lasso” as their 2021 Emmy Awards submissions. These are what to watch on Apple TV+ from season one and also the performer episodes that voters (members of the academy’s acting or casting branches) vow to watch before checking off their ballots later this month.

Best Comedy Series is chosen by members of any branches. It was announced today that series stars Jason Sudeikis and Brendan Hunt are among the nominated producers, along with Bill Lawrence, Bill Wrubel, Jeff Ingold, Liza Katzer, Jamie Lee, Joe Kelly, Jane Becker, Kip Kroeger and Tina Pawlik. The six episodes submitted for the series category are “Pilot,” “Trent Crimm: The Independent,” “Tan Lines,” “Make Rebecca Great Again,” “All Apologies,” “The Hope That Kills You.”

The individual episode submitted for each of the seven performer nominees:

For a complete list of all episode submissions announced in recent days, join our special discussion in the Gold Derby forums. Television Academy voters are asked to watch each of the episodes submitted for that category before marking their ballots.