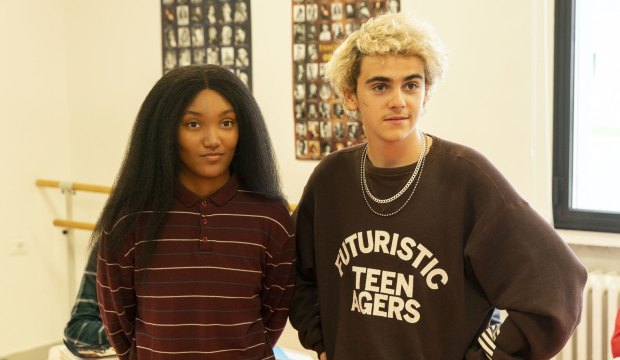 Filmmaker Luca Guadagnino has made a splash at the Golden Globes in the past. His Italian drama “I Am Love” (2010) was nominated for Best Foreign Language Film, and then “Call Me by Your Name” (2017) picked up three bids for Best Film Drama and for Timothee Chalamet and Armie Hammer‘s performances. But neither of those films took home any trophies. Could Guadagnino finally win for his move to series television with “We Are Who We Are” on HBO Max? He wouldn’t be the first big-screen auteur to win on the small screen.

“We Are Who We Are” bears some resemblance to “Call Me by Your Name,” Guadagnino’s biggest Globes success so far. Both are about queer American teenagers coming of age in Italy. In “We Are,” it’s Fraser (Jack Dylan Grazer), whose mother (Chloe Sevigny) is the new commander of a US Army base in Italy. Fraser develops a close bond with Caitlin (Jordan Kristine Seamón), the daughter of a neighboring military family, and together they explore gender expression and sexuality, getting to know themselves as much as they get to know each other.

The series aired from September to November, which may be good for its chances since the Hollywood Foreign Press Association that decides the Globes often prefer brand new shows to previously established contenders. And telling an international story like this one might especially appeal to the international journalists voting. Consider other shows with global stories that have prevailed, like the spy thrillers “Homeland” and “The Americans,” the historical drama “Wolf Hall” and the Russian-set docudrama “Chernobyl.”

As of this writing “We Are” is among the top 10 contenders for Best Drama Series in our official odds, making it a potential dark horse contender for a nom. And while none of Gold Derby’s Experts or Editors are predicting the series to win, two of our Top 24 Users (who got the highest scores predicting last year’s nominations) think it will at least receive a bid.

It wouldn’t be the first time a renowned filmmaker wins a Globe for their work on the small screen. “The Crown” won in 2017; it was created by two-time Golden Globe nominee Peter Morgan (“The Queen” and “Frost/Nixon”), and multiple episodes were directed by double Globe nominee Stephen Daldry (“The Hours” and “The Reader”).

Other top Globes have gone to TV programs from Martin Scorsese (“Boardwalk Empire”), Olivier Assayas (“Carlos”), Stephen Soderbergh (“Behind the Candelabra”) and Jean-Marc Vallee (“Big Little Lies”), not to mention “Fargo,” which was adapted from the Globe-nominated Coen Brothers film. Could “We Are” follow in those footsteps?