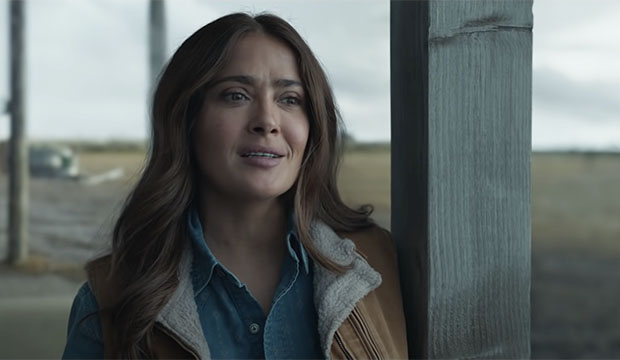 The discourse around Marvel’s “Eternals” burned bright and fast, with blistering reviews calling the Chloe Zhao film one of the franchise’s worst entries. But that hasn’t stopped audiences from buying tickets to the film. Despite dipping 61 percent from its debut, “Eternals” earned an estimated $27.5 million for a total gross of $118.8 million in North America. Its worldwide total is now more than $284 million.

Overall, it was an unremarkable weekend at the box office — “Clifford the Big Red Dog” finished in second place with an estimated total of $16.3 million for a $22 million total since its mid-week release; the kids’ movie is also streaming on Paramount+ —  but there were some standout headlines. “Venom: Let There Be Carnage” became just the second movie released during the coronavirus pandemic to top $200 million in North America, joining “Shang-Chi and the Legend of the Ten Rings.”

“No Time to Die” continued to pad its numbers, despite arriving on premium video-on-demand last week. The Bond film passed the $150 million mark in North America this weekend and has grossed more than $700 million worldwide, making it the second-most lucrative release during the pandemic after “F9.”

“Dune” continued to perform well, too: after this weekend, its North American total is at $93 million, with more than $350 million worldwide. The Denis Villeneuve blockbuster leaves HBO Max later this week and becomes theatrical-only as it treks toward $100 million in North America.

Then there was the specialty release of Kenneth Branagh’s “Belfast.” The Focus Features film, a major Oscars contender with broad support from Gold Derby users and experts in the Best Picture race, grossed an estimated $1.8 million from roughly 580 theaters in North America.

“We are thrilled to see audiences embracing ‘Belfast’ as strongly as the festival crowds with […] an A- CinemaScore — all great signs to the film’s word of mouth and longevity,” said Focus president of distribution Lisa Bunnell in an interview with Variety. “Kenneth has created a story of family and home that is exactly what we need right now.”