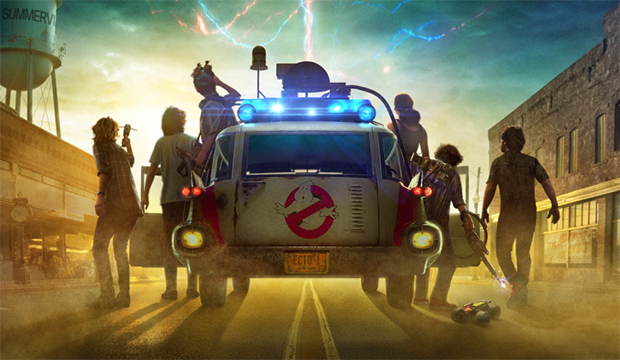 Audiences once again answered the call for the Ghostbusters. “Ghostbusters: Afterlife,” Jason Reitman’s sequel-slash-relaunch of the popular 1980s comedy franchise, took top honors at the box office over the weekend, earning an estimated $44 million in North America and roughly $60 million total worldwide.

That number puts the new movie — which ties directly to the events of the first two films, directed by Reitman’s father, Ivan Reitman — in line with “Ghostbusters: Answer the Call,” Paul Feig’s all-female comedy reboot of the franchise, which opened to $46 million in ticket sales in 2016. Of course, things were different back then on a number of fronts. “Ghostbusters: Answer the Call” came out in the summertime and before the coronavirus pandemic upended traditional moviegoing habits. Feig’s film, which was a cultural lightning rod, also leaned more into the comedy aspect of the “Ghostbusters” franchise and starred “SNL” veterans like Kristen Wiig, Kate McKinnon, and Leslie Jones as well as frequent “Saturday Night Live” guest star and host Melissa McCarthy. Reitman’s film, by contrast, focuses on the teenage grandchildren of Egon Spengler (played by the late Harold Ramis) and their attempts to stave off a ghost apocalypse with the help of the original Ghostbusters, played by Bill Murray, Dan Aykroyd, and Ernie Hudson. (Those three actors also appeared in Feig’s film, but not as their original characters.) “Ghostbusters: Answer the Call” also reportedly cost significantly more than “Ghostbusters: Afterlife,” according to Variety.

“Ghostbusters: Afterlife” wasn’t the only major release over the weekend. Warner Bros. debuted the Will Smith Oscars’ favorite “King Richard” in more than 3,300 venues as well as via HBO Max. The drama, which has Smith on track to receive a nomination for Best Actor, earned just $5.7 million from theatrical ticket sales, below its $8-to-$10 million projected opening. “King Richard” is the latest adult drama to open in this range, following “Last Night in Soho” (which debuted in more than 3,000 theaters) and “Belfast,” “Spencer,” and “The French Dispatch” (all of which were given a more limited rollout). But despite the small opening, “King Richard” should have extended legs both in theaters and for the next month on HBO Max. The film’s Cinemascore was an “A” and reviews have been universally strong.

Elsewhere at the box office, “Eternals” pushed its domestic total to an estimated $135.8 million, “Dune” inched closer to $100 million (and left HBO Max early Monday morning), and “No Time to Die” sped past “F9” to become the highest-grossing worldwide release during the pandemic.