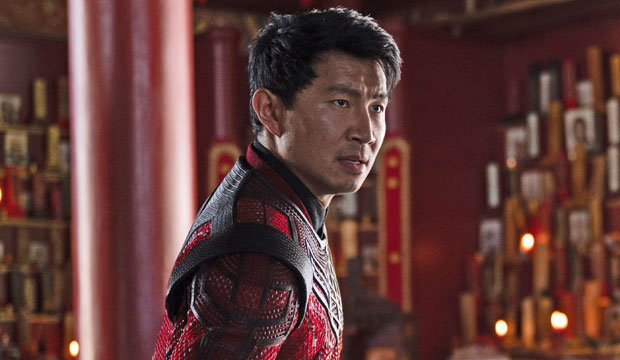 As it has done since its release on September 3, “Shang-Chi and the Legend of the Ten Rings” continued to exceed expectations in its fourth weekend at the box office. The Marvel blockbuster earned an estimated $13.3 million, roughly $500,000 ahead of industry predictions heading into the weekend, to push its domestic total so far to $196.5 million. “Shang-Chi” is now the highest-grossing movie released during the coronavirus pandemic: With its weekend ticket sales, the Simu Liu-led franchise-starter moved ahead of “Black Widow,” which grossed $186.7 million after its release in July.

The accolades don’t stop there: “Shang-Chi” was also the top choice for moviegoers for a fourth straight weekend. The only other Marvel movies to accomplish that feat are “Black Panther” and “Guardians of the Galaxy.” Its domestic box office grosses have already exceeded the first Marvel films starring Captain America, Thor, and Ant-Man — and while ticket prices are more costly than ever, none of those features had to debut during a global pandemic.

But while “Shang-Chi” has been an unqualified success within domestic borders (its global gross has topped $360 million, a far cry from normal Marvel fare but also with the caveat that “Shang-Chi” is not available in all global territories), the same couldn’t be said for “Dear Evan Hansen.” The critically maligned musical fell flat during its opening with an estimated $7.5 million, below even the disappointing debut for “In the Heights,” which was released simultaneously in theaters and on HBO Max. The theatrical-only “Dear Evan Hansen,” however, did land with audiences who came out: the film received an A-minus grade on Cinemascore. It’s expected to land on VOD sometime next month.

Rounding out the top five were “Free Guy” ($4.1 million/$114.1 million total), “Candyman” ($2.5 million/$56.8 million total), and “Cry Macho” ($2.1 million/$8.3 million total). But consider this weekend the lull before a major storm: this Friday, Sony releases “Venom: Let There Be Carnage” in theaters, followed quickly by the long-delayed James Bond film “No Time to Die.” The expectation is that both features will bring in big audiences to theaters as fall begins to start in earnest.

Shaken or stirred? 'No Time to Die' opens with $56 million for Daniel Craig's final Bond

Box office predictions: 'No Time to Die' will sink its teeth into 'Venom 2'

Will 'No Time to Die' be first pandemic movie to open with $100 million at domestic box office?

Box office predictions: Get ready for a bloodbath between 'Venom: Let There Be Carnage' and 'Shang-Chi'…

Will 'The Many Saints of Newark' stage a box office shakedown or swim with the fishes?

'Shang-Chi' rules the box office once again as 'Malignant' flops