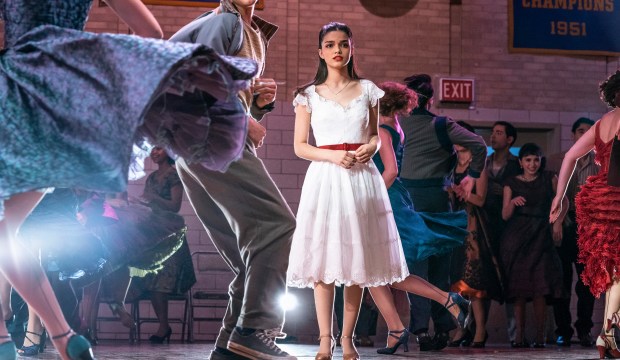 Something’s coming, something good, at least if the early responses to Steven Spielberg’s remake of “West Side Story” are any indication. The highly anticipated 20th Century Studios film had its first screenings in New York and Los Angeles on Monday night and left audiences thrilled with how Spielberg and writer Tony Kushner reconceptualized, reconfigured, and restaged the 1961 musical adaptation from Robert Wise that won Best Picture.

“Spielberg has been rehearsing to make a musical for 50 years so it’s not like he was gonna mess up one of the greatest ever written,” Indiewire critic David Ehrlich wrote on Twitter.

Below the Line editor and critic Edward Douglas was even more enthusiastic. “I don’t see any possible scenario where #WestSideStory doesn’t win Best Picture (again),” he wrote. “Anyone who thinks otherwise is delusional. The Mouse House has a winner and they know it.”

Based on the original 1957 musical, which was adapted into the 1961 film, Spielberg’s “West Side Story” stars newcomer Rachel Zegler as Maria and Ansel Elgort as Tony, two star-crossed lovers whose lives are forever altered on the streets of the Upper West Side in 1950s New York. Zegler and Elgort are joined by a large ensemble cast, including Ariana DeBose and David Alvarez as Anita and Bernardo, respectively, iconic roles that won original stars Rita Moreno and George Chakiris Oscars in the supporting actor categories.

Moreno, an executive producer on the Spielberg film, returned for the new version of “West Side Story,” playing the owner of the local drug store, a key location in the film. The legendary actress, who is now 90, received strong praise from the initial screenings and nascent awards buzz as well.

“Rita Moreno just might be in that Oscar race with her,” The Daily Beast senior entertainment reporter Kevin Fallon wrote.

“Rita Moreno might be the first actor to win for a new role in a remake of the film that won her first Oscar. West Side Story reminds you why she’s a legend,” added Variety deputy awards and features editor Jenelle Riley.

“West Side Story” is out in theaters on December 10. Check out reactions from the film’s debut screenings below.

Rita Moreno might be the first actor to win for a new role in a remake of the film that won her her first Oscar. West Side Story reminds you why she’s a legend.

West Side Story (2021): A great musical becomes another good movie. Looks like it cost a billion dollars, which goes a long way in restaging it. I’m screaming about every choice in the back of a car right now so maybe that’s good. Shoe-in for Best Revival Oscar.

After a concerningly slow start, West Side Story crescendoes into the movie musical I think people had the highest hopes for. Ariana DeBose is bonkers good, and Rita Moreno just might be in that Oscar race with her. I don't know how Rachel Zegler pulled off that good a debut.

I cried during West Side Story. Rita Moreno is a legend. But omg nothing prepared me for @rachelzegler stunning debut.

WEST SIDE STORY: when every frame of your movie looks like something you’d hang on the walls of your home that’s The Kaminski Method

Only Steven Spielberg could make a shot of someone standing in a puddle one of the most beautiful images of the year. West Side Story is quite a feat of reimagination.

West Side Story: Spielberg has been rehearsing to make a musical for 50 years so it’s not like he was gonna mess up one of the greatest ever written, but some emotionally deadening choices sure were made in act 2. Young CGI Jeff Bridges is a good Tony & John Mulaney kills as Riff

West Side Story:
✅gorgeous
✅Ariana DeBose is going to get nominated for an Oscar
✅Rachel Zegler is buoyant
✅hot twinks and twunks
✅Ansel Elgort is the lead pic.twitter.com/pRAlOvSLyk

There’s no day quite like new Spielberg day. #WestSideStory is magical. The choreography is off the charts, it’s filmed beautifully, and there are some wonderful performances happening throughout (including Rita Moreno). But Rachel Zegler, she blew me away as Maria. pic.twitter.com/XBL9VOPK7P

WEST SIDE STORY is *phenomenal.* Steven Spielberg has been talking about making a musical for almost his entire career, and this was worth the wait. This is top-tier Spielberg.

Steven Spielberg directs the hell out of a mediocre script. What an eye-roll inducing story.

Anything related to The Jets is insufferable, hell most of The Sharks are as well. The ladies do the heavy-lifting. This is Zegler, DeBose, and Moreno’s movie

I was hoping that WEST SIDE STORY (2021) would sate my decades-long desire for Spielberg to do a musical. Alas, it is so beautifully shot and staged, such an absolute schooling of the usual musical directors, that I fear I now want him to make two or three more.

Steven Spielberg’s #westsidestory is bold and stirring. The best parts are Tony Kushner’s book and the dramatic reimagining of classic numbers such as “America” and “Somewhere.” Ansel was a bit flat, but the rest of the cast is great and it feels like an #Oscars contender. pic.twitter.com/PAYJcoVAfZ

More on WEST SIDE STORY on the whole in a bit, but first … HOLY MOLY, Mike Faist as Riff. One of those performances that grabs you by the collar, stops your pulse, and demands attention. That exceedingly rare pleasure of feeling like a star is forming before your eyes. A thrill. pic.twitter.com/mWfzaRGaIT

I don't see any possible scenario where #WestSideStory doesn't win Best Picture (again). Anyone who thinks otherwise is delusional. The Mouse House has a winner and they know it.

A shocker: I didn’t dislike Spielberg’s #WestSideStory. It’s not a patch on the original (what is?). People’s skin are rendered way too pale. And the VFX is jarring. But Ariana DeBose and her evocative eyes were incredible. So were Rita Moreno and David Alvarez. Ansel? Eh. pic.twitter.com/OwEPlVuv4L