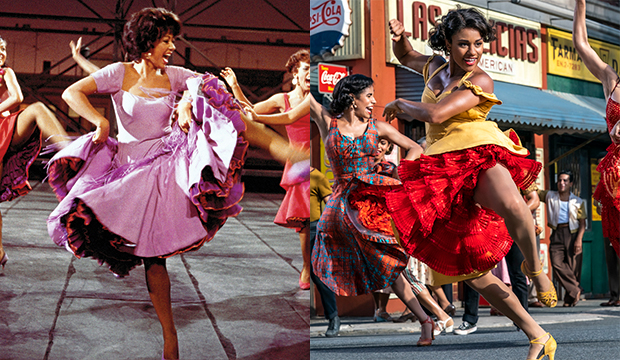 Anything you can do, someone else can do better — or just as well. In academy history, only twice have two different actors won Oscars for playing the same character, but there could be a third this season. Ariana DeBose is in the Best Supporting Actress hunt for her performance as Anita in “West Side Story,” 60 years after Rita Moreno won for the same role in the 1961 film.

If DeBose prevails, Anita would join Don Vito Corleone and the Joker as the only characters for which two different performers won an Oscar. Marlon Brando kicked things off with a Best Actor victory for his Vito in “The Godfather” (1972) and two years later, Robert De Niro won Best Supporting Actor for the same role in the sequel/prequel “The Godfather Part II” (1974). It would be 45 years before this double happened again, when Joaquin Phoenix nabbed Best Actor for his take on the Joker in 2019’s “Joker,” 11 years after Heath Ledger posthumously won Best Supporting Actor for bringing the agent of chaos to life in “The Dark Knight” (2008).

Besides being the first female character to join this elite club, Anita would also be the only one of these three whose new portrayer is competing in the same category as the first winner, and who hails from the same story in both films as the two versions are adaptations of the 1957 Broadway hit. What’s even more unique is that DeBose could triumph by defeating Moreno herself as the icon is in the remake as a new character, Valentina, the widow of Doc.

Since “West Side Story” premiered two weeks ago, DeBose surged to fourth place in in the supporting actress odds, with four Experts predicting her to take home the gold for her fiery Anita. Could she be hurt by not just potentially facing internal competition from her film but the very person who made her part the Oscar-winning role that it is in the same story? It certainly makes it easier to compare and contrast DeBose’s and Moreno’s performances, but the fact of the matter is they each put their own stamp on Anita. DeBose has earned stellar notices for her performance and has been collecting prizes and nominations from various critics groups.

At the moment, DeBose trails Kirsten Dunst (“The Power of the Dog”), who remains in first, followed by Aunjanue Ellis (“King Richard”) and Caitriona Balfe (“Belfast”). Ann Dowd (“Mass”) is in sixth, while Moreno is in eighth, behind Ruth Negga (“Passing”) and Marlee Matlin (“CODA”).