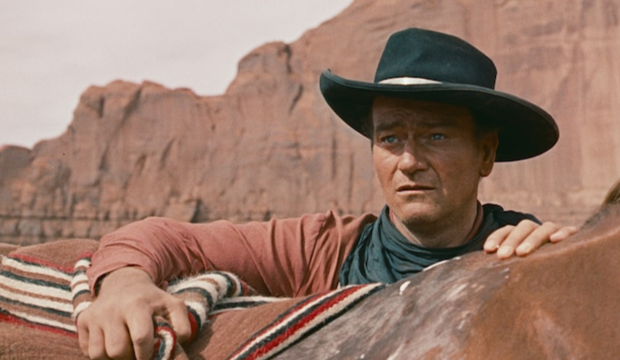 Paul Greengrass’ western drama “New of the World” starring Tom Hanks and Helena Zengel is gaining traction during this pandemic awards season despite the fact that sagebrush sagas often get short shrift at the Oscars. Only three traditional Westerns — 1931’s “Cimarron,” 1990’s “Dances with Wolves” and 1992’s “Unforgiven” — and one contemporary Western (2007’s “No Country for Old Men”) have won the Best Picture Oscar.

But some of the most acclaimed, treasure and influential Westerns have been all but ignored. Here’s a look at some of the greatest Westerns and how they fared during awards season.

Reviews were striking (it was director Sam Peckinpah’s favorite Western) with the New York Times’ Bosley Crowther noting: “The eminent director, John Ford, is a man who has a way with a Western like nobody in the picture trade. Seven years ago, his ‘Stagecoach,” snuggled very close to fine art in this genre. And now, by George, he’s almost matched it with  My Darling Clementine…But even with standard Western fiction—and that’s what the script has enjoined—Mr. Ford can evoke fine sensations and curiously-captivating moods.” As for awards, “Clementine” only managed to be named one of the top 10 films by the National Board of Review.

“Red River” (1948)
Howard Hawks’ epic western revolving around a mammoth cattle drive starring John Wayne and Montgomery Clift is exhilaratingly entertaining. It was actually shot in 1946 and shelved for two years because of legal issues with Howard Hughes who thought it bared too much resemblance to his 1943 “The Outlaw.” Russell Harlan’s cinematography captures the romance and danger of the cattle drive and Dimitri Tiomkin’s score is one of this best. And it was the movie Peter Bogdanovich used as the final feature at the doomed movie theater in 1971’s “The Last Picture Show.

Roger Ebert wrote in 1998 that “Red River” is one of the greatest of all “Westerns when it stays with its central story about an older man and a young one, and the first cattle drive down the Chisholm Trail. It is only in its few scenes involving women that it goes wrong.” “Red River” did earn Oscar nominations for best story and editing. Hawks, who was only Oscar nominated for Best Director for 1941’s “Sergeant York,” earned a DGA nomination for his work. And the Writers Guild of America nominated Bordon Chase and Charles Schnee’s script.

“The Searchers” (1956)
John Ford’s masterpiece. John Wayne gives one of his best most complex performances as Ethan Edwards, a Civil War veteran who searches obsessively with his adoptive nephew (Jeffrey Hunter) to find his niece (Natalie Wood) who had been kidnapped by Native Americans. Shot in the Monument Valley by Winton C. Hoch, who won the Oscar for Ford’s 1949 “She Wore a Yellow Ribbon,” the film was adapted from the 1954 novel by Alan LeMay and was inspired by the 1836 kidnapping of Cynthia Ann Parker by Comanche warriors.  (“News of the World” also revolves around a girl who had been kidnapped by Native Americans).

Reviews were generally strong with Newsweek describing it as “remarkable.” “The Searchers” received no Oscar nominations, though Ford earned a DGA nomination and Wayne’s son Patrick won the Golden Globe for most promising male newcomer. Over the decades, “The Searchers” has become the gold standard for Westerns. In 2008, the American Film Institute named it the best American Western. “Sight & Sound” has named it the seventh best film ever made and “Entertainment Weekly” also has named it the best Western.

“Rio Bravo” (1959)
Eleven years after the release of “Red River,” Hawks and Wayne teamed up for this intoxicating Western penned by Hawks’ favorites Jules Furthman and Leigh Brackett. Wayne plays the sheriff of a small Texas town who arrests the brother (Claude Atkins) of a powerful landowner for murder must hold him in the jail until the U.S. Marshall arrives. Dean Martin, Rick Nelson, Angie Dickinson, Walter Brennan and Ward Bond also star. The film earned generally good reviews, though, several did point out its 2 ½ hours length. The film was shut out of the Oscars, though, Hawks earned a DGA nomination and Dickinson won a Golden Globe for most promising female newcomer while Nelson earned a nomination as most promising male newcomer.

“The Wild Bunch” (1969)
Director and co-writer Sam Peckinpah turned the Western genre on its ear with this significant and violent Western about an aging group of outlaws witnessing the end of the traditional American West and hoping to find one last big score before they ride into the sunset. William Holden, Robert Ryan, Edmond O’Brien, Ernest Borgnine and Ben Johnson give gritty, forceful performance in this revisionist tale which either enthralled critics or horrified them due to the violence.

Peckinpah responded to those who despised his use of violence: “Actually, it’s an antiviolence film…because I use violence as it is. It’s ugly, brutalizing and bloody f…..g awful. It’s not fun and games, and cowboys and Indians, it’s a terrible ugly thing. And yet there’s a certain response that you get from it, an excitement because we’re all violent people, we have violence within us. Violence is part of life and I don’t think we can bury our heads in the sand and ignore. It’s important to understand it and the reason people seem to need violence vicariously.” The film did earn Oscar nominations for best writing, story and screenplay for Peckinpah, Walon Green and Roy N. Sickner and for Jerry Fielding’s flawless original score. Peckinpah did earn a DGA nomination for his work and the National Society of Film Critics honored Lucien Ballard for his cinematography.